Do you have a mentor? Many people talk about the need for one in fiction and in real life. Before I ever had one, I remember having an idealistic view of what having a mentor would involve—someone who offered sage advice and remained in your life for years. But my experiences with mentors have been mostly brief.

In fiction, the mentor is one of the archetypes in Joseph Campbell’s hero’s journey breakdown, which was popularized by Christopher Vogler in The Writer’s Journey. The mentor has one job:

The function of the mentor is to prepare the hero to face the unknown, to accept the adventure. 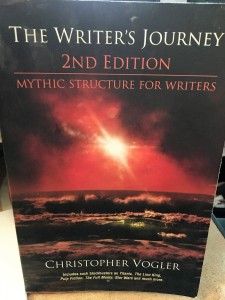 (The above quote came from this site. I have Vogler’s book, but can’t find it right now. This photo of the book is one I took awhile ago and had in my WordPress library of photos.)

In real life, the mentor has a similar task. As an undergraduate, I had a professor whom I thought of as a mentor: Leon Forrest, who also was a literary novelist, which gave him serious street cred in my book. I wanted to be just like him. But as is the case with many mentors in a hero’s journey story, he died at the start of my writer’s journey. 😢 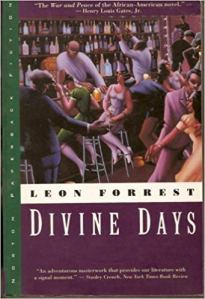 After that, I had some growing up to do as a writer. As you know, part of the growing up process involves figuring out who you are and who you’re not. After my days as an English lit/writing major, I quickly learned that the literary track—the one paved with GANs (Great American Novels) for adults—was not for me. Instead, I gravitated toward writing for children and young adults. Ironic, huh, that by growing up I would discover a commitment to writing for kids.

In my grad program, which was chosen after I came to the realization of where I belong, I was given four advisors—four mentors if you will. (They’re all still alive by the way. I’m sure they’re relieved on that score. Thankfully, many mentors live.) But each was given only a six-month stretch to help me on the journey to graduation (though I tried to cling to them all after graduation). While in the program, I also had a student mentor—someone who had been in the program for a while and could help me navigate the journey. But she graduated soon after I arrived at the school.

Today I am seemingly mentorless. Seemingly, because I realize I have a Mentor, one whom I meet every day in prayer. He’d been there all along, even in the days when I yearned for significance as a GAN (Great American Novelist).

The fact that I have been mentored gave me the desire to be a mentor to some young writers. Though some preferred only a brief stint as my mentee, I’m glad I had the opportunity to be a mentor, however briefly. And I never once called anyone Padawan.

If you’re not currently a mentor or are without one, do you think you’d like to be one or at least have one? While you think about that, I will move on to the winner of War of Nytefall: Rivalry by Charles Yallowitz, which this post discusses.

That winner, according to the random.org generator, is . . .

Henry is torn between two possible mentors: the ever exciting Malik or the always chill Olive. My advice? When in doubt, have ice cream.