The title of the post might seem to be a misnomer, since by the time you read this, it will be Monday. But I’m writing this post on Sunday. I have an ice cream winner to announce. And how appropriate a day it is—a blustery, blizzardy day—to announce the winner of something cold. Well, I’ll get to that in a minute. But first, you have to put up with my babbling. Or you could avoid that and skip down to the winner. Don’t worry. I won’t know if you do.

If I could choose three super powers (why stop at just one?), one of them would have to be the ability to generate heat at will. I could walk out in any blizzard in flip flops, secure in my own cocoon of heat. (What super power would you choose?)

I thought of that cocoon on this windy, snow-washed Super Bowl Sunday as I stepped outside in flip flops (yeah, I did) to take this photo, which does not really capture the blowing snow at all.

I returned inside to don my boots to make the trek to the parking lot to scrape the snow off my car and shovel the snow around it, since it has such tiny tires. Thankfully, it is equipped with front wheel drive.

Today was the perfect day to spend at least part of the afternoon on the couch, wrapped in a warm throw, with an Agatha Christie mystery (The Clocks) in my hands and a cup of cocoa at my elbow. 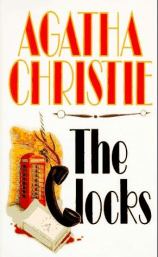 Afterward, I watched the Super Bowl, though I had no emotional investment in either the Seahawks or the Patriots. I have nothing against either team, mind you. I enjoyed the game. Still, I am disappointed that I’ve never been asked to sing the national anthem at any Super Bowl, though I keep my calendar open for such an eventuality. (And if you heard me sing, perhaps you’d tell me not to hold my breath.)

While we watched the game, my family and friends and I had a competition based on the score at the end of each quarter. We each were given two numbers based on some code my brother came up with. If each team’s score had those numbers, that person was declared the winner of that quarter. I won’t go into how the code worked. Suffice it to say I was ripped off every quarter! Yes, that was a clear example of sour grapes in case you were wondering.

Commercials during the Super Bowl that I loved:
• “Like a Girl”
• Clydesdales and the lost dog
• Dove Men+Care
• Invisible Mindy
• A Very Brady Snickers
• “With Dad” Nissan
• Toyota Camry How Great I Am
• Microsoft
• Doritos

I’ll give an honorable mention to the McDonald’s commercial for their innovative pricing. Love the emphasis on dads for many of these commercials. I also enjoyed the halftime show with Katy Perry and special guests Lenny Kravitz and Missy Elliott.

Congrats to the New England Patriots for winning Super Bowl 2015!

Speaking of winners, the winner of the Baby, It’s Cold Outside Ice Cream Giveaway is looking for this very ice cream: 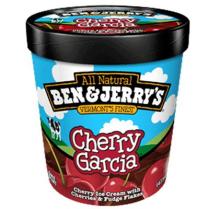 For anyone else out there, did you watch the Super Bowl? Were you rooting for the Seahawks or the Patriots? Which commercials did you like?