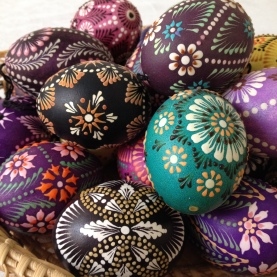 Though I posted the above photo, this post is about what’s described in the quote below from Wikipedia. Check this out:

While the term Easter egg has been used to mean a hidden object for some time, in reference to an Easter egg hunt, it has come to be more commonly used to mean a message, image, or feature hidden in a video game, movie, or other, usually electronic, medium.

So I really mean images like the one below from Star Wars: The Force Awakens with Boba Fett from Return of the Jedi superimposed on it, which points out an Easter egg. You have to check out WatchMojo’s website or YouTube channel for the explanation. Easter Eggs are for fans who eagerly pour over scenes from movies, hoping to find characters, objects like spaceships or flags, dialogue, or even sound effects from other movies, TV shows, graphic novels, video games, etc. Finding a sly reference to another work can be as satisfying as finding Waldo in a crowded scene—something that’s very relaxing to people like me who are uptight and prone to road rage. (Ah, the life of an irate driver.) 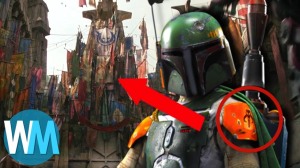 Nowadays, it’s not enough that filmmakers or television producers provide an epic ending to a film or show. Many go the extra mile to entertain fans by hiding Easter eggs. Perhaps they feel they have to keep up with the Joneses by including Easter eggs, since so many other films and TV shows do so.

Easter eggs might seem like an odd topic for a blog post. But as someone who has participated in many an Easter egg hunt, hiding eggs in friends’ backyards over the years, I guess you can say I’ve earned the right to talk about them.

Do you look for Easter eggs in movies? What are your favorites?

P.S. Because this is my seventh blogoversary (the actual date was February 19), throughout this post I have included seven Easter eggs from my first seven blog posts. Big hint: I used phrases from blog post titles, rather than pictures. You’ll have to go alllllllllll the way back to the 2013 posts to see which titles I mean. I was so tempted to do thirteen for 2013—the year I started. Seven will have to do. Happy hunting! 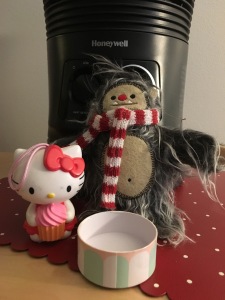 Kitty desperately wanted to talk over the Easter eggs she saw in a movie. She asked Henry, “Did you find the Easter eggs?” When Henry nodded to an empty bucket, before he could open his mouth to say anything, Kitty added, “No. Don’t speak.” Obviously, he didn’t have a clue what she meant.

Easter eggs from somewhere on Pinterest. Star Wars image from WatchMojo.com. Other photo by L. Marie.

Back in the day, I was really into the Waldo books. If you don’t know what those are, they are picture books in which the reader is tasked with finding Waldo, a character hidden within a crowded scene. 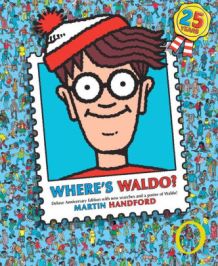 Not as easy as it sounds. How about you? Have you see the Waldo books? Were you ever a fan?

Though I knew this series was the creation of London illustrator Martin Handford (left) back in the 80s, I didn’t realize the character was originally called Wally in the UK until I looked for images for this post. The name had been changed when the books were published in the U.S. The character also has different names in other countries where the books are found.

I wondered why finding this character (and others, like Wenda, Wilma, and Odlaw [below]) was and still is popular. (You can even find Waldo on Facebook.) According to this article at Smithsonian.com, it all comes down to the satisfaction of visual search—staring fixedly at something until you find what you’re looking for. This is why word searches are so popular. Also, the search for Waldo/Wally has helped scientists study eye movement. 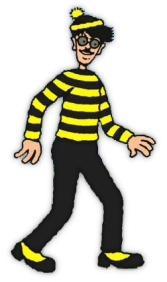 Here’s another article on the science of finding Waldo: https://exploringyourmind.com/how-does-our-brain-find-waldo/

Writing a memoir or a biography is a kind of search. Instead of looking for Waldo, the author looks for his or her place or his or her subject’s place in the vast arena of history. And yes, that’s the segue to the reveal of what you probably came for: the winner of a copy of Mennonite Daughter—The Story of a Plain Girl by the one and only Marian Beaman. Click here for the interview with Marian. 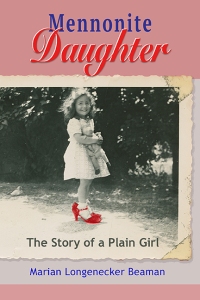 The winner of Mennonite Daughter—The Story of a Plain Girl is Lori of Lori’s Lane!

Thank you to all who commented.

Henry is convinced that he would make an excellent Waldo. In fact, he thinks you’ll have a hard time finding him in this photo.