Ever audition for anything? If you’re a musical artist, perhaps you’ve auditioned for an orchestra, a band, a choir, or some other venue. Perhaps as a visual artist, you’ve auditioned for illustration, animation, or Web design work. Or maybe you’re an actor who regularly makes the rounds of auditions for plays, commercials, or movie gigs.

Writers, especially freelance writers, also have to audition. Like for work-for-hire gigs. That’s what I’ve been doing a lot lately. (Querying an agent or publisher about a manuscript is another form of auditioning. Been there, done that recently, too.)

If you’re unclear about the notion of work-for-hire projects in the book publishing world (and I shouldn’t assume that everyone knows all about it), in general, this is a contract you sign for a project that nets you a one-time fee, rather than an advance on a royalty. For example, fiction, nonfiction, ghostwriting—you name it. Some work-for-hire projects (but not all, mind you) have led to others that paid an advance. This happened to me awhile ago when I co-wrote a book with a friend. (Another post on someone who auditioned for a writing project can be found here.)

Um, this is not exactly what I mean.
But I couldn’t resist posting this picture.

Even though someone recommended me as a possible book writer or regular article contributor, and I have experience in, say, writing books for kids ages 4–8, I still had to audition by submitting a writing sample to the editor or project manager working for a publishing house or book packager. This is a very humbling process. I have much more respect now for actors, illustrators, and musicians who go through many, many auditions. Which means they might hear “no” a lot. But you have to wade through a lot of “no’s” before you get to the yeses.

After two of my latest auditions, I was told, “Submit a rewrite.” Sounds promising, right? I have a second chance to make good. Perhaps the rewrite phase can be compared to an acting “callback.” I burned the midnight oil to finish two rewrites. Which is why I didn’t post on Monday.

Preparing for other auditions (writing, querying) is the best way I know to pass the time as I wait for the results of other “callbacks.” Well, it beats my usual coping mechanism: consuming mass quantities of chocolate.

Does taking on a work-for-hire project mean I’ve given up on the projects I’ve initiated? Nope. But it is a way to gain an income and continue doing what I enjoy doing: writing.

For what, if anything, have you auditioned?

For what, if anything, are you waiting these days?

Recently, I watched many of the A&E adaptations of Rex Stout’s Nero Wolfe novels. One of the main characters—Archie Goodwin, a private investigator played by Timothy Hutton—said a phrase over and over: “Open the bag.” I love that phrase. It means “spill your guts” or “confess.” It’s a much more interesting way of saying to someone, “Tell me everything.” But language is what makes the series and its print form so engaging. 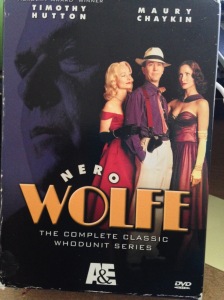 I’m going to open the bag (just a bit mind you) about writing and life. So here goes. Several people have asked me when they’ll see my young adult novel about elves. Short answer: I don’t know. It’s currently in review at two publishers. I don’t know what will happen to it at either place. I can say what I hope. But that’s probably already obvious to you.

Waiting is nerve wracking, isn’t it? I can’t help thinking of something Captain Wentworth said in my favorite Jane Austen novel, Persuasion: “I am half agony, half hope” (Austen 225). I won’t go into why he said that, since the resolution of the main conflict hinges on the why. But I can relate to the sentiment. 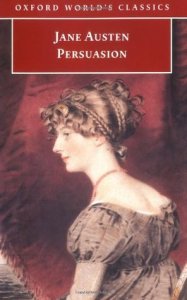 I have another young adult novel that I’m wondering what to do with. It needs editing for one thing. Having seen some of the wonderful covers that Jason Pedersen has done for Charles Yallowitz and Ravven has done for several people, if I go the indie route for it or any other novel, I’ll need some cash to pay for a cover by either of these fine artists. They’re certainly worth it. Click on their names to get to their websites and see for yourself.

Which brings me to another subject. There are several authors I’d love to interview. But I haven’t set up any interviews lately because of a funds shortage. With interviews, I like to give away a copy of an author’s work. This is a deliberate choice I make whenever I interview someone. Buying a copy of an author’s book to give away is my way of saying, “I support you, Author.” I’ll let you know when I return to regular interviews. Those are always fun for me.

Being in this state has taught me to avoid taking even $5 for granted. Here’s a video by Ricky over at Stewdippin that best describes life for me right now:

There. If you were hoping for something more salacious, I’m sorry to disappoint. But I feel better for having opened the bag. I’m going back to my middle grade fantasy novel now. I’m in revision mode on that. It’s slow going, but I’m enjoying it. My Pinterest inspiration boards have certainly blossomed as a result. 🙂