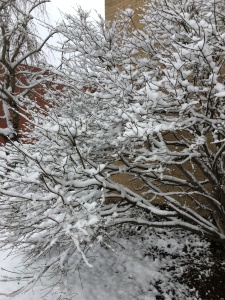 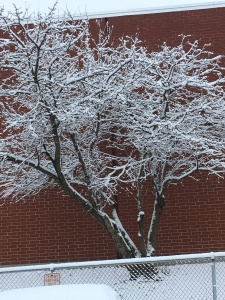 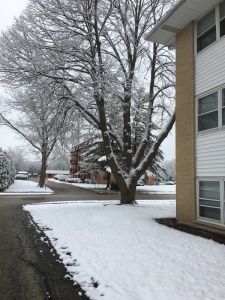 When I think of Spring, I think of chrysalises/cocoons and the butterflies/moths that will emerge from these protective shells—the pupa stage. What I didn’t realize is that the shed skin of a pre-butterfly caterpillar hardens around it to form a chrysalis. But the caterpillar of a moth has to spin silk to make a cocoon to protect itself. 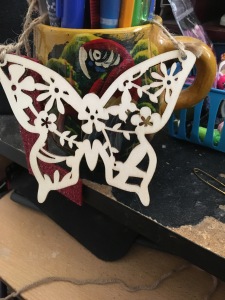 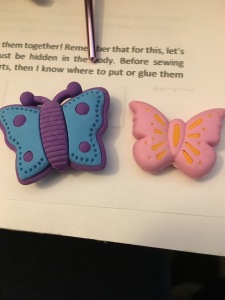 A challenging time like the one we’re facing now is a chrysalis from which we will all emerge at some point. Instead of shed skin or silk, the walls of our home are our borders, since many states have issued a stay-at-home order. Consequently, we’re going through a lot of different emotions: fear, anger, dread, despair—you name it. Many of us have felt the hardening effect of those emotions. I know I have. I’d much rather feel joy or peace. I know you would too.

What’s really helped me in these chrysalis days are texts from friends who write to encourage, share a funny meme, a song, or a Scripture like this:

Psalm 121:1 I lift up my eyes to the mountains—where does my help come from?  [The next verse provides the answer.]

These daily check-ins remind me that I’m not alone, despite the social distancing mandate. 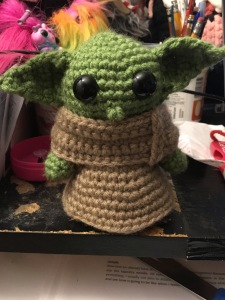 Because of the state-mandated lockdown, I contacted the winners ahead of time so that I could get the Yodas in the mail to them before the 5 p.m. stay-at-home order went into effect this past Saturday. I am currently making two more Yodas. If you’d still like a Yoda, please email me or comment below. I will try to get them sent whenever I can. 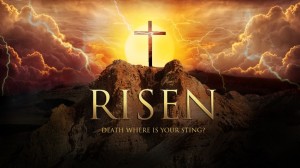 See this? This might look like an ordinary budding tree to you, but to me, this is a cavalry charge. 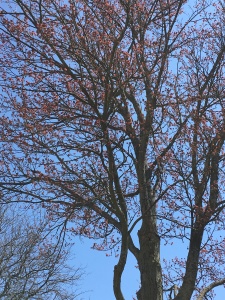 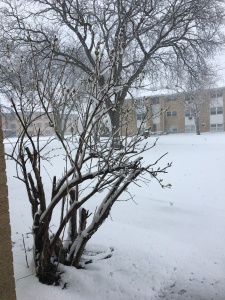 Winter’s (hopefully) last gasp. But the cavalry is here. Winter is defeated! Don’t let the door hit you on your way out, Winter. 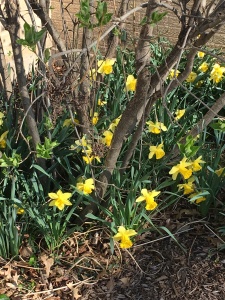 The Seder I attended on Good Friday was another reminder of resilience, as the story was told of the Exodus led by Moses after the people of Israel were released after hundreds of years of slavery. (Check out Exodus chapters 5—15 in the Bible for that.)

This brings to mind the resilience of many during wars and other horrible events. (Columbine [check out Laura Bruno Lilly’s blog post about that], the Manchester arena bombing in 2017, and the recent fire at Notre Dame come to mind.) Perhaps in events like the above you felt like you survived by the skin of your teeth, barely holding on to hope. Hardly a triumphal march, you think. Yet you’re holding on. That is victory.

With the coming of this Easter, my family is especially grateful for the resilience of one of our own, whose sudden onset of mysterious seizures led to two recent hospital stays. For many days we waited by the bedside, hoping, praying. And now we rejoice at the release from the hospital.

This is sort of an awkward segue to the announcement of the winners of Caroline Carlson’s The Door at the End of the World. (See this post for an interview with Caroline.) But in a way, it isn’t. Caroline’s book is about adventures at the end of something. Easter and Passover are reminders of the adventure at the end of struggle and heartbreak. Reminders of the promise of a new life, a new beginning. 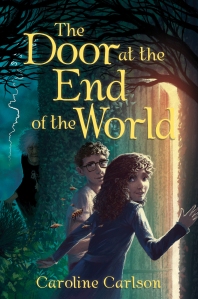 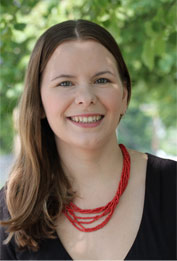 Sharon and Marian, I rejoice with you! Please comment below to confirm. 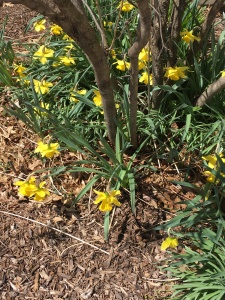 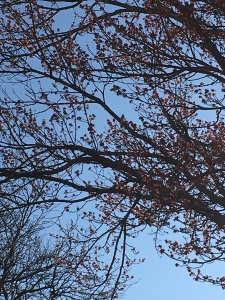 You have to laugh at weather in the Midwest, otherwise you’d cry. A lot. I mean, look at this—a bouquet of snowflakes arriving just in time for spring. 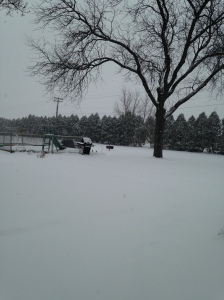 Ooo. Ahhh. That brisk spring breeze. Watch as I celebrate burgeoning spring by shoveling snow and brushing it off my car. Cheer as I tiptoe daintily along the snow-covered path to get the mail. Strap in as I navigate the slippery, snow-covered streets. (Uh, can you tell I’ve been watching too many Honest Trailers?) 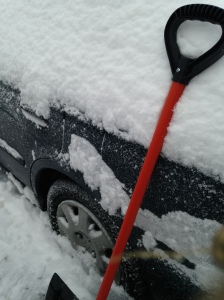 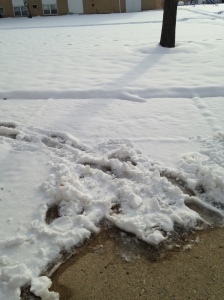 So spring is on a slight delay here. I don’t do well with delays. But even with the snow, I’m reminded of the new life inherent with spring. Trees bud. Birds mate. Easter beckons.

We make plans, don’t we, as we contemplate warmer weather and being seen without heavy winter clothes or visited by people who have been cooped up inside all winter. You know what that means. House painting. Spring cleaning. Shedding winter pounds. (Which I was informed I need to do, since my cholesterol and blood pressure are both high—facts I learned after waiting over an hour to have a five-minute conversation with a medical practitioner.) 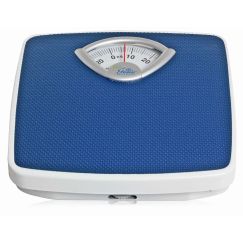 Spring also means tackling other projects that could lead to a changed life. You know what those are. Finishing novels, poems, graphic novels, or screenplays. Getting queries out. Waiting for someone to respond to those queries. Eating ice cream. (Wait. How did that one get there?)

What is it about spring that makes us long for change? Perhaps because it is the first full season of the year (winter doesn’t count, since it carried over from last year) and we’re ready to begin anew. We have a clean slate.

Spring is the time to make life glorious. How are you planning to change your life this spring? If you can’t think of a plan, here are some suggestions off the top of my head: 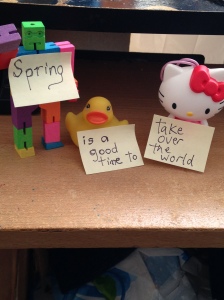 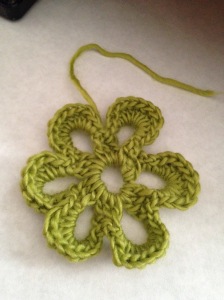 When you can’t find a flower, make your own, then give it to someone who needs it more. 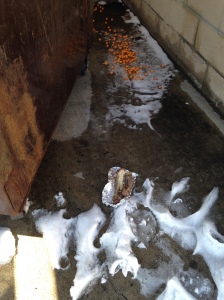 Be a wildlife champion. Look what someone left by the dumpster for the birds, the coyote who occasionally visits, and the stray cats roaming about (who might have met the coyote).

Happy spring! Thanks for helping to make this blog one for which I wanted to write 300 posts. 😀