I’ll get to who won Kinda Like Brothers by the awe-inspiring Coe Booth in just a minute. But first, you know me. I have to share what’s on my mind.

Three years ago, I wrote a fight scene and submitted it to one of my grad school advisors, thinking that it was pretty good. She totally ripped into it. Her problem with it had to do with cause and effect. If Adam punches Claude (cause), what is the effect of that punch? If the effect is Claude falling against Jared, why didn’t I state this? Why did I instead cut to Sam throwing a knife, when I started the fight talking about Adam and what he’s doing to Claude? And where is Adam positioned by the way? Where is Claude? I didn’t provide enough information to make the fight understandable.

Though I thought I adequately conveyed the scene I saw in my head, I left out key steps to help a reader track the action. I’ve begun to think of that experience as “movie shortcut thinking.”

In a movie, we can see a ton of action in a wide shot. I can’t help thinking of a scene from The Return of the King (2003, directed by Peter Jackson), specifically, the Battle of the Pelennor Fields where thousands of characters fight. (Um, my fight scenes are not on such an epic scale by the way.) A camera can easily pan or zoom in quickly to show us key elements in a scene. Also, a director might make the decision to fade to another scene altogether in the blink of an eye.

The Battle of the Pelennor Fields

We’re not bothered by the switch in scenes, because the eye can process a lot of images quickly. We’re getting used to seeing films like The Hobbit: An Unexpected Journey (2012, directed by Peter Jackson), which was filmed at 48 FPS (frames per second). But the mind’s eye is different. In a book, a reader’s imagination requires more cues to track the action. While writing my fight scene, I had taken too many shortcuts, as if I were a camera panning across a landscape. The scene I presented to my advisor needed more work than I’d originally thought to make it effective. Every action needed a reaction. Newton’s third law at work.

According to Newton, whenever objects A and B interact with each other, they exert forces upon each other. . . . For every action, there is an equal and opposite reaction.

I needed to show the pertinent actions and reactions in this fight. Doing so doesn’t mean spelling out every microbe (which would be boring) and spoon-feeding a reader (which would be condescending). It simply means making the action clear and compelling. That required slowing down and writing the fight step by step.

But I didn’t understand all of this when my advisor ripped into my scene. Understanding dawned finally this year when I was asked for my opinion about a manuscript written by the relative of a friend of mine. I had trouble tracking the action in—you guessed it—a fight scene. I didn’t understand who was fighting whom or which actions caused the reactions described. Now that I had walked a mile in my advisor’s shoes, I understood her frustration with my scene. Some lessons take years to sink in, I guess. The gist of the lesson: when it comes to writing, a shortcut is not a good thing.

Now, the moment you’ve been waiting for: the announcement of the winner of Kinda Like Brothers by Coe Booth. 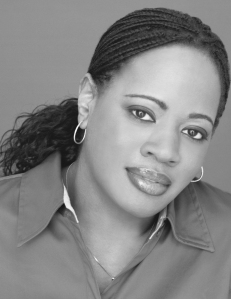 Congratulations, Sharon! Please confirm below. Let me know if you want a hardcover or eBook.