When I was a kid, I spent hours in front of the TV. There were certain days I especially loved for various blocks of shows (like Thursday, Friday, or Saturday). I knew every popular show and avidly quoted from them. So when I broke a rule, a method my parents used to nudge me back toward obedience was to ground me from watching TV. Two weeks—no TV. I was practically climbing the walls at the end of those two weeks, determined never to disobey again. Ha ha. You know I eventually failed that vow.

In my undergraduate years, I met people who grew up without a voracious TV habit. I thought they were from Mars! How could you not watch TV???

Flash forward 150 years. I have a TV. But I turn it on maybe a couple of times a week—if that much. Scandal? Haven’t seen a minute of it. Game of Thrones? Nope. My increasingly limited viewing time goes to (drumroll please)

Thanks to the internet, I see shows that either are being tested on the audience—like the Vixen animated series at CW Seed (love it)—or programs like the ones produced by Pemberley Digital, Epic Robot TV, and others. Shows I can watch whenever I get ready. I’m particularly partial to modern adaptations of classic books. Like The Lizzie Bennet Diaries, Project Dashwood, The New Adventures of Peter + Wendy, Frankenstein, MD, and Emma Approved. Episodes range from three to seven minutes in length—great for days when I’m pressed for time, but still need a quick break now and then. 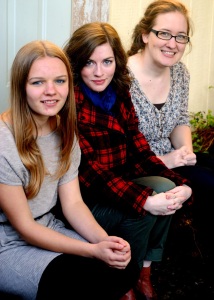 The New Adventures of Peter + Wendy 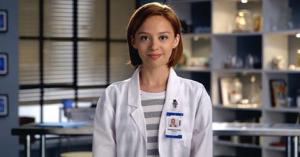 This is not an attempt at proselytizing. These quirky shows might not be your cup of tea. And believe it or not I have nothing against the shows I mentioned in the first paragraph. But my commitments away from home usually mean that I miss regularly broadcast shows and either have to catch up online or binge through Netflix. I could DVR, sure. Or I could keeping doing what I’ve done in the past: forget to DVR. You see now why I usually skip the show altogether and instead go off to meet a friend at a nearby tea shop. Another alternate activity, one I choose more often, is reading a book. I love fertilizing my imagination through the written word.

That reminds me, Fauquetmichel, you just won yourself a copy of The Merchant of Nevra Coil by Charles Yallowitz. (Click here for last week’s book release announcement if you need more context.) Please comment below to confirm. Thanks for commenting! 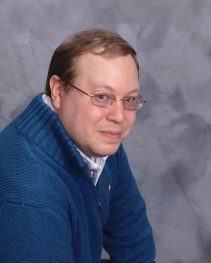 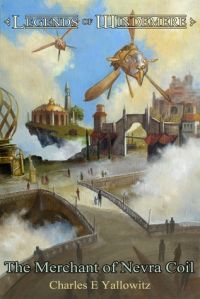 What about you? How have your entertainment choices changed over the years?

In case you’re wondering, a couple of shows tempt me toward TV this fall: Agents of Shield (one of two shows I watched last season) and Heroes Reborn. I also am very tempted to binge on The Flash through Netflix. We’ll see if I wind up doing that.

Vixen image from blastr.com. Pemberley Digital image, The New Adventures of Peter + Wendy, and cast of Emma Approved from pinterest. YouTube logo from handy-tests.net. Netflix logo from businessinsider.com. Daniel Vincent Gordh as Darcy and Ashley Clements as Lizzie of The Lizzie Bennet Diaries from literarytraveler.com. Anna Lore of Frankenstein, MD from Facebook.com. Television from clker.com.