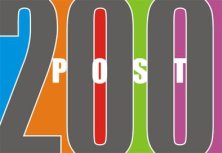 As I considered the 200-post benchmark for this blog and writing in general, I was inspired by the process of J. Michael Straczynski, creator and head writer of Babylon 5—arguably one of the best science fiction shows ever televised here in the States. It aired from 1993—1998. Note the key words one of. Many people have differing opinions about which shows belong in the top ten list of all time best. But some polls list the Hugo-award winning Babylon 5 at least in the top 10 or 25. It was “conceived as, fundamentally, a five-year story, a novel for television” (Wikipedia). This year, I started watching the show for the first time ever, thanks to Netflix. (Yes, I’m late to the party.) I just finished the third season. 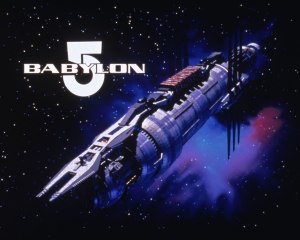 Out of 110 episodes in the show’s run, Straczynski wrote an unprecedented 92! I’ve mentioned before on this blog that I love to watch the behind-the-scenes documentaries of TV shows and movies. I especially love listening to commentaries where a show’s creator dishes on how everything was done. Joe Straczynski is particularly forthcoming about Babylon 5. He doesn’t shy away from spoilers, so be warned if you’re planning to listen to his commentaries as you watch key episodes.

If you’re squirming right now because you’re not a fan of science fiction, let me reassure you: you don’t have to have a built-in appreciation for science fiction in order to learn something from this guy. In a commentary for one of the most anticipated episodes in the show’s five-year run—Z’ha’dum from season 3 (sorry; I can’t explain why it’s key without giving spoilers)—Straczynski provides a master class on writing. All of the quotes below have been transcribed from that commentary. First, he talks about his methodology:

So, an author is the ultimate sleight-of-hand artist. But you knew that, didn’t you? It takes skill to tell a reader what’s going to happen, and yet surprise him or her with the how. This is why foreshadowing is an author’s best friend. In a sense, you’re hinting to a reader what’s going to happen, but not telling him or her how. Yet in visual media like Babylon 5, foreshadowing has to be shown through key images. This builds anticipation. But as Straczynski alluded to, you might know what’s coming, but you don’t know how or why. And that keeps you watching.

Straczynski then moved on to a discussion of plots and outlines. This quote really resonated with me:

Since stories are about people, a character’s emotional arc matters. As Straczynski has mentioned in other commentaries, viewers need to have a connection to the characters and their desires. A story resonates with us on an emotional level if we can relate to what the characters want and the forces that keep the characters from attaining their desires. What Babylon 5 does brilliantly is showcase characters who gain what they want and deeply regret that they did. We can all identify with that.

Straczynski followed up that discussion with a quote that warmed my pantser heart:

I don’t write from outlines. After the end of the first season, Warner [Brothers Domestic Television] stopped asking me for outlines. . . . I sit down with a script, get into the scene, and say, “Where do I want to go with this?” And I listen to the characters and write down what they say. I fly blind. I know where I want to go in general with this story, and what the benchmarks are per episode, but whenever there’s a character like [name cut due to spoiler] talking right now, whatever [this person] says is a surprise to me while I write it as it is to you to hear for the first time.

Please don’t come away with the mistaken notion that Straczynski is against outlining. As he mentioned in this commentary and others for the show, he had a five-year plan for the show. So he started off with an outline. He stopped having to write them for the episodes, because he already knew where he wanted to go with the show and each character’s arc.

“I fly blind.” That’s an apt description of me as I write each post for this blog. 🙂 I’m not like J. Michael Straczynski: a writer with a five-year plan. I simply wanted to write about what interests me—what I love. But as a novelist, my process is evolving. For my latest novel, I wrote an outline years ago. As I completed the draft of the novel, I had to throw out parts of the outline, and essentially fly blind as I listened to the characters and learned more about them. But you know what? I ended up in the exact place where I’d planned to end up.

So, to wrap this up in a neat little bow, my plan for the blog is to keep doing what I’ve been doing: writing what interests me and interviewing people who write about what interests them. Thanks for coming along with me on the journey. 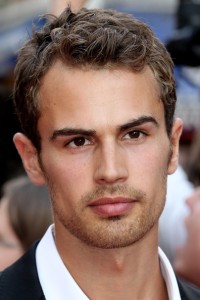 And since I recently saw an entertaining movie with this guy (Divergent, directed by Neil Burger), well, that’s even better.

But this post isn’t about that movie or Theo James. (Sorry to disappoint. But at least you have a picture.) It’s not even about Star Trek, though the title of course is a command from that series. As I said, I like to be entertained. Writing is a form of entertainment for me. Consequently, I often write blog posts or scenes off the top of my head that I find entertaining without thinking about whether anyone else might agree. Yes, I’m one of those sad people who love to laugh at their own corny jokes. As I draft a novel, ideas for scenes pop into my head thusly: It would be fun to add a bank robbery scene here. So I write the scene and chortle away. 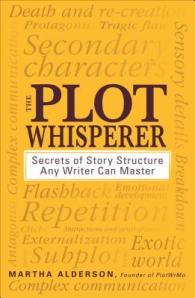 But as I began the process of reading through and revising my novel, some of the scenes I thought were entertaining seemed less so. In fact, my energy waned just reading them, so I found myself turning to Plants vs. Zombies or email. I didn’t understand why, until I started reading The Plot Whisperer by Martha Alderson. Alderson states the issue succinctly:

A scene that shows the character achieving a short-term goal but that fails to transition effectively to the next scene dissipates the story’s energy. It’s like stepping on a stair that’s missing. The reader knows instinctively that something’s wrong, sighs, and puts down the book. (Alderson 45)

What’s sad is that I put down my own book. Trust me when I say that as much work as crocheting is, I never stop in the middle of a project to check my email or play a round of Plants vs. Zombies. My crocheting projects are too absorbing, and I know how everything fits together. If I decided to add exta stitches for my own entertainment (like adding extra scenes to a story), I would throw the whole pattern off. (By the way, here’s my latest. I’m still making shoes. My life has become a living version of “The Elves and the Shoemaker.”) 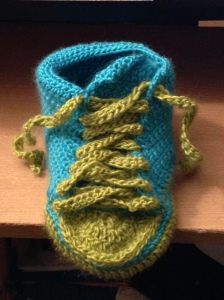 So, I get it now. Some scenes have no purpose, because they don’t really further the plot of the novel. They’re just distractions like Theo James above.

Alderson has other advice for fixing problem scenes. I highly recommend that you get her book. I don’t want to give all her tips away, because that wouldn’t be fair to Martha.

I think you know instinctively the scenes that energize your story and those that drain the life out of it. During the draft phase, my pulse quickened as I approached certain scenes involving certain characters. But one character’s scenes consistently gave me fits, because I didn’t really know her all that well. I found myself coming up with fantastic, plotty ideas like the bank robbery scene I alluded to earlier (and I didn’t actually involve her in a bank robbery; that was just an example) to make her part of the story seem more interesting. Silly me. I need to invest the time to get to know her, to find out what’s interesting about her and how she would react in situations, so that her scenes have the energy of instinct. Even if she stood there washing dishes, my knowledge of how she ticks, and how that dishwashing fits her emotional arc, would invest the story with energy and purpose. But that dishwashing scene needs to be strong enough to lead into the next scene—to be the cause that leads to an effect like ripples on a pond.

It’s also like driving. I don’t have to think about how to do it or what I should do in a certain situation. I move by instinct. If I turn the wheel a certain way, I can expect a certain outcome. Same with my characters in a scene. If I know that character A is the jealous type, I need to show that somehow, as well as the consequences of a jealous reaction in a follow-up scene. I can’t have her suddenly robbing banks in the middle of all of that jealousy just to inject excitement. Instead, I could probably turn that bank robbery scene into a short story. But it needs to be cut from the novel.

So much to do! But making my story tighter gives it more energy . . . and me as well. 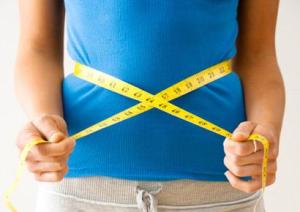 Speaking of robbery, I couldn’t resist leaving you with this image: 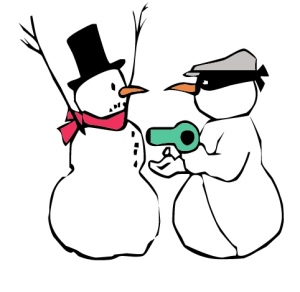