In case you’re wondering, I did not have the musical Hair in mind when I wrote that post title. Because of the previous post, I thought I’d share this photo of the sunflowers, now that all are open.

They look like eyes, don’t they? They see you!

Though this photograph doesn’t show dimensions, each sunflower is about the size of a dinner plate. Such happy, but huge flowers. They came at the right time, too, providing beauty and color to the walkway outside my apartment building. But the fact that they draw energy from the life-giving sun also reminds me of my need to refuel. Ever feel creatively drained? That’s how I’ve been feeling lately. When your tank is empty, there’s only one thing to do: fill it. (I learned that from Andra Watkins.) So recently I decided to take some time off to do activities that replenish me.

1. Visit bookstores. I spent a fun afternoon with a friend looking at books at Halfprice Bookstore and Barnes & Noble. It had been too long since I’d walked through either door. At B & N, I was pleased to find books by fellow VCFAers: Trent Reedy, Varian Johnson, and K. A. Barson.

2. Hang out with friends and mooch meals off them. It’s great to have a home-cooked meal that someone else prepared, especially when good leftovers result. Even if they don’t, spending quality time with good friends is a gift I gladly gave myself this past weekend.

3. Have lunch with a friend at Panera Bread and dessert at Oberweis. Oh yes. We dared. If you aren’t familiar with Panera, click here. For Oberweis, click here. While Oberweis is known for milk and ice cream, they also have a chocolate layer cake my friend raved about and insisted that I sample. Who was I to say no?

4. Watch this funny, fantastic movie with another friend. I’d looked forward to seeing this movie for months! I’m grateful to say it did not disappoint!

Chris Pratt, one of the lead actors, is just what the doctor ordered. I won’t spoil it for you, however. If you love Marvel movies or stories set in other galaxies (Star Wars anyone?), head on over to the theater. 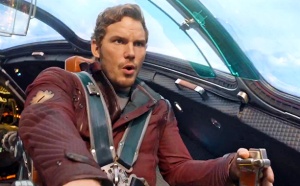 When you need refueling, what fills you up?

Book covers from Goodreads, except for Varian’s book, which is from his website. Oberweis photo from eatinwheaton.com. Chicken photo from donnahup.com. Chris Pratt photo from insidemovies.ew.com. Guardians of the Galaxy logo from static4.wikia.nocookie.net.

Thanks for stopping by on a Sunday. This is a quick post to announce the winner of a hardcover copy of 45 Pounds (More or Less) by Kelly Barson.

Congratulations! Please email your snail mail address to lmarie7b(at)gmail(dot)com so that I can send the book to you.

Again, thanks to all who commented! Bye for now!

Images from LOL Cats and theycallmejane.wordpress.com.

With me on the blog today is the fabulous Kelly Barson, whose young adult novel, 45 Pounds (More or Less), debuts today, people! Exciting times! And yes, if you’re curious, I know Kelly from VCFA! 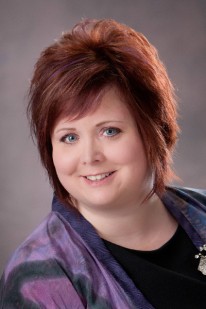 Kelly is represented by Sara Crowe at Harvey Kilinger, Inc. Her publisher is Viking/Penguin.

Here is a synopsis of 45 Pounds (More or Less):

Here are the numbers of Ann Galardi’s life:

She is 16.
And a size 17.
Her perfect mother is a size 6.
Her aunt Jackie is getting married in 10 weeks and wants Ann to be the bridesmaid.

So Ann makes up her mind:
Time to lose 45 pounds (more or less)
in two and a half months.

Welcome to the world of infomercial diet plans, endless wedding dance lessons, embarrassing run-ins with the cutest guy Ann’s ever seen—and some surprises about her not-so-perfect mother.

And don’t forget the last part of the equation: It’s all about feeling comfortable in your own skin—no matter how you add it up!

To celebrate, I’m giving away one copy to a random commenter. More on that later. Let’s talk to Kelly right now!

El Space: Happy Release Day! Please share four quick facts about yourself.
Kelly: I have four dogs and four kids. I love bright colors. I’ve lived in Jackson my whole life—Jackson, Michigan for most of it, except for sixth and part of seventh grade, when I lived in Jackson, Mississippi. I’m both introverted and extraverted, in equal parts.

El Space: When did you first know that you wanted to be a writer?
Kelly: I don’t remember ever not wanting to write, but I decided to commit to it seriously in 2004, when I was 34. Before that, I thought it was a pie-in-the-sky kind of dream, like being a pro basketball player or an astronaut. It wasn’t until I’d met several other author/friends that I realized that not everyone is Judy Blume or J. K. Rowling, but lots of people are writers, and I could be, too.

El Space: Which authors inspire you? Why?
Kelly: Authors like Rita Williams-Garcia and Cynthia Leitich Smith inspire me because even though they’re accomplished and talented and extremely busy, they always make time to encourage other writers. Children’s lit writers, overall, are a lot more encouraging to their peers than other professions. We focus on camaraderie, rather than competition. I like that. That’s the kind of author I want to be. 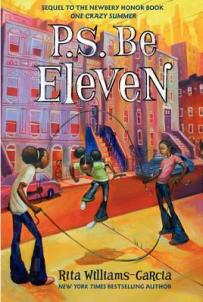 El Space: What inspired you to write this book? Were the conflicting messages in the media about beauty a help or a hindrance?
Kelly: Both the media and prevailing perceptions of people made it hard. I think overall people are against discrimination on any level, yet when it comes to obesity, there are a lot of misconceptions. I wanted to show that overweight people aren’t lazy or unaware, and that they do care about their health. I wanted to show that the issue isn’t as simple as going on a diet, losing weight, and becoming happy.

El Space: What strengths do you have in common with Ann? How is she different from you?
Kelly: I’m like Ann because when I decide to do something, I commit wholeheartedly. She and I also share the tendency to procrastinate. Our family lives are different, though. My parents never divorced, so I’ve never had step-parents or step-siblings. I did have a kooky grandma, though, who called people “fat ass,” but just like Gram, she wasn’t mean-spirited about it.

El Space: What would you say to teen you if you could?
Kelly: I would tell teen Kelly to lighten up. I took everything too seriously and worried too much what people thought—more like, what I thought they thought. I wish I could invent a magical mirror that showed teen girls how people really see them. Maybe then they could appreciate all they have going for them. Most every teen girl I’ve ever met is prettier than she realizes.

El Space: Ann’s goal is to lose weight for a wedding. Why do you think weddings are such a catalyst for change for those attending (other than the bride and groom)?
Kelly: It’s a tangible goal. A ticking clock is more likely to motivate than a vague idea of “someday.” Besides, wedding pictures last forever, sometimes longer than the marriages themselves, unfortunately. Everyone wants to look their best in them.

El Space: You’re married, but have you ever been a bridesmaid? If so, what was the most fun aspect of that experience?
Kelly: I was a bridesmaid in my cousin’s wedding, about a year after my wedding. We picked out floral dresses that I imagined I could wear again someday. Don’t we say that a lot? Who ever really wears them again, aside from maybe Halloween? I loved that we also bought the matching hats. I loved that hat. Why, I don’t know. I’ve never worn it since.

El Space: I haven’t worn any of mine either! So, what are you working on now?
Kelly: I’m working on another YA contemporary, again for Viking (Penguin). It’s about a high school cosmetology student who thinks she has her whole life planned and under control, until everything falls apart.

El Space: Cool! What advice do you have for aspiring authors?
Kelly: If you find that subbing to agents and editors isn’t going where you’d like it to, take a break from submitting to really work on craft. Go to workshops. The Highlights Foundation has great ones. There are many others, too. Read tons and tons of great books and not just in your genre. Study them. What makes them great? Never give up writing, and never give up submitting totally. Be bold. You go from unpublished to published in a moment, and you never know when that moment will be.

Thanks, Kelly, for being such an awesome guest today!

Thanks to all who stopped by. You can find Kelly at her website or on Twitter. Also, you can get 45 Pounds (More or Less) here:

One of YOU will get a free copy simply by commenting below! This offer is good TODAY only. The drawing is NOT limited to the U.S. Winner to be announced on Sunday.

Author photo by by Hal Folk. Book covers other than 45 Pounds are from Goodreads.