During fall quarter of my freshman year in college, I watched the soap opera, All My Children, with my friends at my dorm. Yeah, I really did. In a later quarter, I grew to resent the intrusion of an econ class that kept me from watching TV at noon. How dare the school schedule classes that cut into my soap opera viewing!

Many years later, I find myself resenting TV for cutting into my life. How ironic for a person who usually spent her downtime in front of the tube.

Though I watched and enjoyed the two-hour season finale of Agents of Shield last week, I felt relieved that I wouldn’t have to watch it this week. I had spent the season having to play catch-up when a friend and I got together other every Tuesday—the night Agents appeared on TV. With that relief came another realization: I’m a bit weary of the continuing storylines of many TV dramas.

Remember the days when TV episodes were more self-contained—a different problem or villain each week? You could elect to skip a show one week and not feel that you had to catch up on the episode you missed. Nowadays, with continuing storylines or multiple-episode arcs featuring a slow reveal of key information, if you miss a show, you’re lost the next week. You have to keep watching to get the whole picture. I watched shows like Battlestar Galactica and Babylon 5 with strong arcs that meant you had to watch the episodes in order.

For those in charge of television programming, this is a good strategy for keeping viewers engaged. Obviously, this strategy of linking episodes worked for soap operas for so many decades. 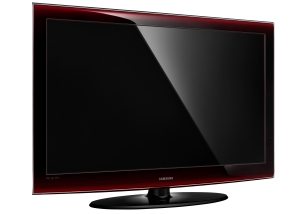 Over the years and even recently, friends and family highly recommended shows like Daredevil, Game of Thrones, Arrow, The Walking Dead, The Flash, Downton Abbey, Scandal, and many other critically acclaimed, entertaining shows that I have yet to watch though they have huge fan bases. Believe me, I’m not doubting the quality of these shows or anyone’s right to watch them. It’s just that now I’m tired of tuning in.

I need a viewer vacation this summer. If I watch anything, it has to be a one-shot deal—something that begins, then ends with no messy arcs to follow.

I might binge on Downton Abbey, Flash, and Arrow at some point in life. (Thank you, Netflix!) But for now, I’m reluctant to invest more weekly time in someone else’s televised world, especially if I neglect my own fictional world.

In the coming days, I’ll work on my book. When I take a break from that, I’ll seek inspiration from reading or hanging out with people or walking in nature. I desperately need to fill my senses with the sights of the great outdoors.

Today (Monday), I’m having lunch with a friend and dinner with another group of friends. On Tuesday, I’ll probably hang out with another friend. I’m not sure what the rest of the week will look like. But I plan to take this advice.

What about you? How do you feel about shows with continuing storylines? Love them? Deplore them? Feel comforted by them?