And no, the title is not an allusion to Shakespeare’s play, The Taming of the Shrew. . . . Okay, perhaps subconsciously it is. But I’m thinking of a character in one of my works in progress. You see, when I wrote the first five or so chapters, I came away with the following equation in regard to this character:

Do you see the problem? So, what is the solution? Give A more quirks and B less? Tried that. Didn’t work. The characters had to be who they are.

Hey, no problem, right, if this character turns out to be a breakout character—a secondary character whose role grows with his or her popularity? After all, who wouldn’t want to develop a character readers love and quote often? But I want readers to love my main character, to see her as more than a piece on a chessboard waiting to be moved out of the “breakout” character’s way.

When you think of a breakout character, who do you think of first? Han Solo? Captain Jack Sparrow? Arthur Fonzarelli (the Fonz in Happy Days)? Spike from Buffy the Vampire Slayer? The Cigarette Smoking Man from X-Files? I usually think of Han Solo. This could be because I’m watching Star Wars: The Clone Wars (season one) and the series creators sometimes refer to the original Star Wars movies. Han is the brash bad boy whose flaws are obvious and interesting. 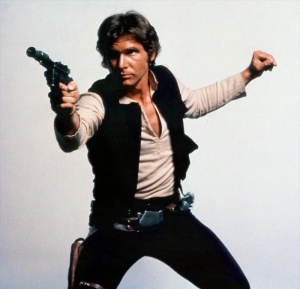 But let’s get back to my story and the troublesome equation. The solution I came up with was to make B less active. This involved removing her for most of the story and having A’s journey be about finding B. In this way A can be more active and show what she’s made of.

I know what you’re thinking: Isn’t this still The B Show with the plot centering on B? Good question. During the draft phase, I asked myself these questions: What if A had to choose whether or not B lived or died? What if there was a compelling reason for B to die? Then I had something along the lines of (but not exactly like) the search for Walter Kurtz in Apocalypse Now, the 1979 movie directed and co-scripted by Francis Ford Coppola (an adaptation of Joseph Conrad’s Heart of Darkness). 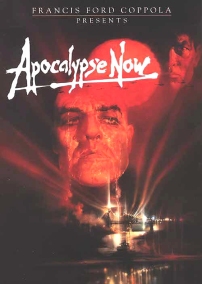 Though ordered on a mission to find and kill Colonel Kurtz (played by Marlon Brando), Captain Willard (played by Martin Sheen) has agency. He has to go through the rigors of the journey. But the power of choice—to kill or not—is still his.

And that’s what it’s all about, Charlie Brown—making sure each character is active, but not more than my main character. I had to make the hard choice to deactivate my potential breakout character to keep her from taking over the book like an overbearing person hogging a conversation. As the old saying goes, sometimes a little bit goes a long way. With B out of the way, I had room to go deeper with A, to plumb the depths of her soul as I shared her story.