¡Feliz Cinco de Mayo! Or at least it is on the day I’m writing this post. So, I hope by the time you read this, that you had a good one.

If you follow this blog, you know I don’t usually post more than once a week, except on special occasions. So the fact that you’re here means you want to know who won the time travel series by Zetta Elliott. (Go here, if you’re wondering what I’m talking about. Though I mentioned other giveaways at the end of the interview, due to unforeseen circumstances, those will take place at another time. But I didn’t want to delay this giveaway until then.) 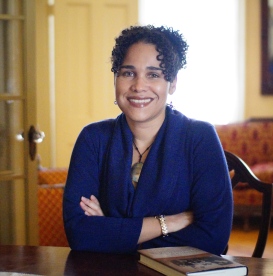 Before I get to the giveaway, I want to talk about something I’ve been thinking about lately: roots. Though I chose the photo at the beginning of this post, it is not a hint that I plan to dye my hair, though I consider doing so from time to time. And getting back to your roots is not an allusion to the Elder Scrolls videogame series or to this: 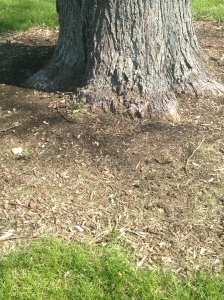 I’m actually talking about artistic, spiritual, or cultural roots—whatever it is that takes you back what’s important, especially if it reminds you of who you are or what you love.

I mentioned in a previous blog that writing had become frustrating. It involved lots of spinning wheels and long sessions of staring at the computer screen, followed by a sigh and a retreat to YouTube to watch a video (or seven). So I decided to return to my roots by reading the book that inspired me when I was eight years old. Here it is.

I’ve mentioned this book a number of times on this blog. Rereading this book reminds me of the kind of story I loved as a kid and still gravitate toward. But if I were to parse this further, I would add that I love the hero’s journey model, which Joseph Campbell discussed in The Hero with a Thousand Faces.

I’ve noticed that some writers (some, not all) nowadays have steered away from that model, deeming it old-fashioned in an age where antiheroes rule. But Meg Murry’s quest to find her dad never gets old to me. She reminds me that girls can be heroes. (Not that I doubted that truth. 🙂 ) I love her family dynamics, and find her belief that she’s nothing special very relatable. I felt that way as a kid. Honestly, I feel that way as an adult sometimes. The fact that her opponent is very powerful—the ultimate evil, actually—while Meg has no discernible power (that she knows of)—makes her an unlikely hero. It also adds high stakes to her journey. Her story inspires me to up my game with my heroine’s story.

The old saying, “You can’t go home again” isn’t always true. Sometimes you need to. Remember what Mufasa in The Lion King told his son Simba? Need a reminder?

What are your roots? Maybe for you those roots are your cultural heritage—a reminder of your family history and how it has shaped your life. Or maybe it is a return to a writing style you’ve loved, but let it go for some reason. Do you think maybe it’s time you returned?

While you think about that, I’ll move on to the winner of A Wish After Midnight and The Door at the Crossroads. 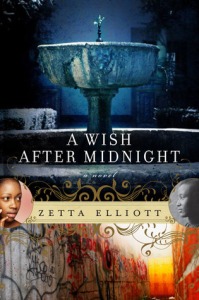 Thank you to all who commented.

Hair photo from beautyskincarenatural.blogspot.com. A Wrinkle in Time covers from Goodreads.

Ever have one of those weeks when you almost forget your own name? Last week was a really busy week for me, which culminated in a jury summons. So on February 19, I was taken aback when WordPress sent me this note:

Happy Anniversary with WordPress.com!
You registered on WordPress.com 3 years ago!
Thanks for flying with us. Keep up the good blogging!

Thanks, WordPress! I had totally forgotten my blogoversary!

You might wonder about the post title—“Tiny Treasures.” Don’t let the photo at the beginning of the post fool you. The kitty in the teapot is less than two inches tall. This is a tiny treasure—one of the Littlest Pet Shop blind bag pets. (Um, I can totally see you yawning or fidgeting. There is a method to this madness. Really.)

When I was a little kid, I loved to collect tiny things. This was one of the reasons also why I loved to visit the Colleen Moore Fairy Castle at the Museum of Science and Industry in Chicago. It’s filled with miniature furniture!

Colleen Moore Fairy Castle @ the Museum of Science and Industry

One Christmas I was given a box of 100 small, pink plastic ballet dancers. I played with them for hours. I’m glad I found a picture of them on the internet, since I no longer have the set. Some internet wag referred to these as the girl version of those little green Army men. 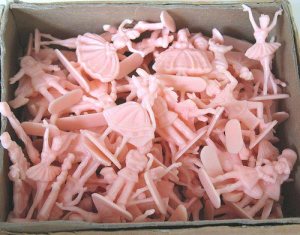 These days I still collect tiny treasures, but mostly in book form. (Okay, yes, I have a few Shopkins and characters from series like My Little Pony and the Littlest Pet Shop. I also have a small throwing knife and like to crochet tiny envelopes. Eclectic is my middle name.)

I love fantasy and science fiction books. I realize these types of books are not everyone’s cup of tea. But to celebrate my blogoversary, I’d like to give away a tiny treasure—a book under 200 pages in length—to a commenter. Normally I love a long book. But some books pack a punch in a short amount of time. I chose two that have inspired me over the years. They’re oldies but goodies.

Why these books? Well, The Ordinary Princess represents everything I love about fairy tales. And I love the way Le Guin explores the different cultures in her tightly written classic, A Wizard of Earthsea.

Comment below to let me know which book you would like to receive if your name is chosen. (Do not be alarmed. I am not giving away my old, beat-up copies of these books.) It’s okay if the answer is “neither,” and you just wish to comment without participating in my book giveaway. Just know that I appreciate the fact that you found your way to my little corner of the internet. 🙂 You deserve some cake for that. Feel free to take a huge bite. 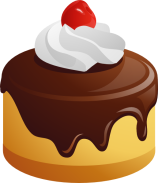 I’ve enjoyed writing this blog. Still, I never imagined I’d reach a third year! Thanks for putting up with me over the years.

What tiny treasures, if any, do you collect?