I’d like to welcome back to the blog Laurie Morrison, who is an awesome teacher, young adult novelist extraordinaire, and a great friend from VCFA. You probably know her from her blog, which you can get to by clicking here. Laurie’s guest post is for the series, The Stanton Effect: Inspiration from a TED Talk. You can find Andrew Stanton’s TED Talk here. 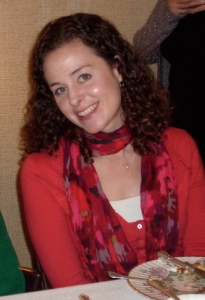 After reading Laurie’s post, please stick around for a special announcement. And now, I’ll turn the blog over to Laurie.

Last weekend, I went to the Writing Novels for Young People Retreat at Vermont College of Fine Arts, and I got some very helpful feedback on the contemporary young adult novel I’m working on. Four other writers read the beginning of my work in progress, asked some great questions, and offered some wise suggestions.

“Try to avoid a mean girl as an antagonist because it’s predictable,” one told me. “There isn’t going to be a love triangle, is there?” another writer asked. “That guy doesn’t end up being the right one for the main character, does he?” someone else said. “And I hope her mom gets redeemed a little.”

I haven’t finished drafting this new novel yet, and these other writers’ thoughts helped me crystallize my sense of where the story is going. They confirmed what I had planned for some parts of the plot and encouraged me to reconsider others so that the story will be satisfying but not predictable.

As I watched the Andrew Stanton TED talk that L. Marie shared, the insight that stood out to me was the idea that drama equals anticipation mixed with uncertainty. I take this point to mean that readers should have an idea of what they hope will happen at the end of a story. If there’s a romance element, as there is in my work in progress, that romance becomes more compelling if the reader is rooting for a certain outcome. However, the reader should also feel some genuine uncertainty about how (and maybe if) that outcome will happen. 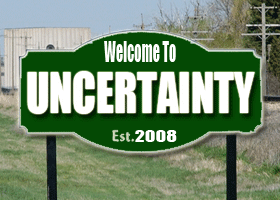 With some kinds of stories, readers come in with expectations about the kind of ending that’s in store for them. If a book has a fairly light, humorous tone, as my stories tend to have, readers anticipate a happy ending of sorts. But the challenge, as Stanton suggests, is to balance that anticipation with enough uncertainty so that the conclusion of the story won’t feel too easy. The ending should feel inevitable but not obvious.

I’ve been reading a lot of great books lately, including Sarah Tomp’s My Best Everything, which came out recently, and Emery Lord’s The Start of Me and You, which comes out at the end of this month. Both of these books are contemporary realistic YA. Both are well written. And both manage to balance anticipation with uncertainty. But the two books have very different tones, and therefore they handle the anticipation-uncertainty balance very differently.

In Sarah Tomp’s My Best Everything, I never took for granted that there would be a happy ending. The book has some lighthearted moments, but an ominous feeling pervades the narrative. The main character, Lulu, makes moonshine to earn the money she needs to pay her college tuition, and even though Lulu doesn’t always realize just how dangerous the moonshine business can be, Tomp makes its perils very clear to the reader. The ending has an inevitable feeling, since it capitalizes on elements that are raised throughout the story, but it definitely isn’t predictable. I wanted to get to the end of the book precisely because there was so much uncertainty: about whether or not Lulu gets to go to college, about what happens to her relationship with the boy she’s falling for, and even about whether or not that boy survives.

In Emery Lord’s The Start of Me and You, the characters deal with plenty of heavy stuff, but based on the tone and the way the book is packaged, I was expecting a happy ending. There’s a love story at the center of the novel, and I would have been very disappointed if Paige, the main character, hadn’t ended up with the guy I wanted her to end up with. Even though I anticipated something pretty specific from the ending, the novel has enough uncertainty to be very compelling. There are some believable obstacles that keep Paige from getting together with the right guy too soon, and Paige’s love story isn’t the only part of her journey—she has a lot of other important, satisfying relationships and goes through a lot of other growth. I wanted to keep reading to find out how close to the end Paige and her guy would get together and whether I would be satisfied with the way it all happened, and I also wanted to see how the other elements of her journey would turn out.

My work in progress is more similar in tone to The Start of Me and You than My Best Everything, so my challenge will be to make readers root for an outcome they’re pretty sure will happen while incorporating enough obstacles and surprises to earn a happy ending. As I keep writing and revising, I’ll definitely keep thinking about maintaining an effective mix of anticipation and uncertainty, as Andrew Stanton suggests.

Speaking of good books, I’m delighted to announce the winner of Breaking Sky by Cori McCarthy. 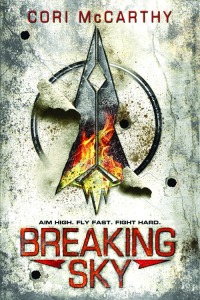