The fog of doubt is an unpleasantly cold thing, full of slithery, scaly creatures. But I’m in the midst of it.

I don’t want to be here.

The other day, I received a rejection for a novel I wrote before the one I’m currently working on, a rejection without feedback other than, “I was looking for something you didn’t give me.” I’m paraphrasing, so please don’t get the impression that the rejection was terse. It was actually phrased quite pleasantly. Yet there were no invitations to resubmit if changes were made or “let me see something else you’ve written.” Just a no.

When life hits like this, I do what I usually do—get in the car and drive. Probably not the smartest thing I can do, since I’m an impatient driver with a tendency toward road rage. Little old ladies driving Chevrolets fear me as I loom behind them like an angry pachyderm.

The gray sky spit rain at me—a fitting match to my mood. And I hit yellow lights all the way. 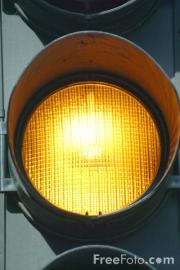 A rejection is like that too—a yellow light cautioning, “Stop.” I don’t like to stop. I like to keep rolling. But this time I needed to stop and take inventory; to face the crossroads brought on by rejection and decide where to go next.

First, I decided to have lunch at Red Lobster. The child within me then demanded ice cream from Culver’s to take home and eat later. Okay, I’m lying. First, I cried and felt worthless. Then, I went to lunch and later for ice cream. At that point, I came to the conclusion that writing is pretty much a step of faith. Maybe you’re shouting, “Duh!” right about now, having already come to that conclusion ages ago. I’m a little dense sometimes. But persisting in writing without receiving positive feedback feels a bit like stepping off a cliff sometimes. Do I believe in my story? Do I believe in myself as a writer enough to keep going? That’s where faith comes in. 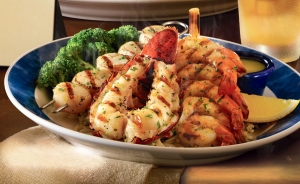 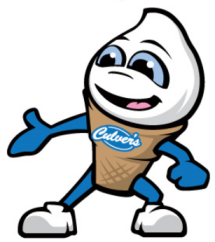 I didn’t have this exact meal, but I had this custard. It didn’t have feet or hands, however.

As I thought about it and prayed about it, I was reminded of my car. If I put myself in park, i.e., stopped writing my current novel, that would be like putting my car in park at Culver’s. As a result, I wouldn’t get home with my ice cream. Instead, I would be wallowing on the sharp rocks of doubt. (Yes, I often mix metaphors.)

So I chose to climb off those rocks and take my ice cream (and my car) home. The only thing I wrote today was this, however. There’s always tomorrow.

Maybe if you’re at a crossroads yourself, wondering if you should give up or keep going, you’ll decide to keep going too.

P. S. Though this has nothing to do with what I just wrote, I can’t help mentioning it. During my drive, I stopped at Target and caught a glimpse of this:

This is the Old Spice Wolfthorn Wild Collection Holiday Gift Pack. Um, I’m not sure what the snarling one-eyed wolf is supposed to convey. Coolness? Masculinity? Either way, it made me laugh out loud on a day when laughter was the furthest thing from my mind.

Crossroad image from ourcoffeestops.com. Food from redlobster.com and savinglifestyle.com. Yellow light from theexpiredmeter.com. Old Spice from somewhere on the Internet.