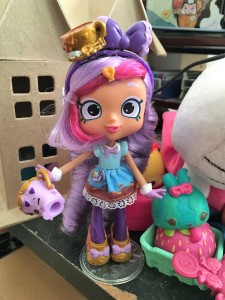 Yes, that is a teacup on Kirstea’s head. She is a tea-loving Shopkins™ Shoppie doll. And yes, her name is Kirstea.

I love hot beverages, even in the summer. Seventy percent of the time, I’ll go for coffee. The other 30 percent is divided between tea (20 percent) and hot chocolate.

The post title is a quote from one of my favorite animated characters of all time—Uncle Iroh from the Avatar: The Last Airbender series. He’s known for his love of tea.

There are certain tea flavors I enjoy. Mostly I love a robust tea. But my tea tastes have changed over the years.

Do you have a favorite tea? If so, let me know through this poll or in a comment below:

When I was a kid, my mother always had a box of Lipton tea around. That was the only tea we had. Good old, reliable Lipton black tea. Back then, I was not a big fan of tea. I only drank it if I had a cold or some other illness. So, Lipton tea was the extent of my tea knowledge at the time.

When I was a freshman in college, I discovered Earl Grey, and drank it like it was water. I can’t help thinking of Captain Jean-Luc Picard of Star Trek: The Next Generation, who loved that tea. But after my freshman year, I dropped tea, and began mainlining coffee until someone introduced me to Constant Comment—another black tea. 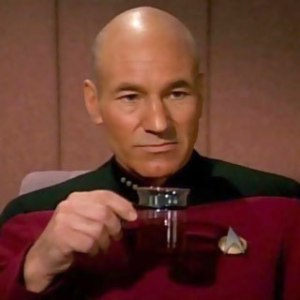 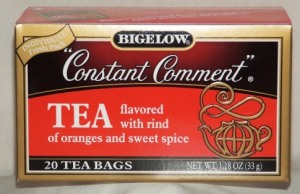 While in Shanghai earlier this century (sounds weird to write earlier this century), I discovered green tea. Drank a ton of it, especially at Starbucks, which served green tea lattes long before they debuted in the U.S. But in the last few years, I’ve gravitated toward chai, rooibos teas, and this one, which I’ve written about before.

I started this post thinking I would just talk about tea. But I can’t help equating tea with fantasy books. Many times, when I’ve mentioned that I’m writing or reading a fantasy book, I have received one of two responses:

“I hate fantasy books. Always full of names that are hard to pronounce.”

“Not my cup of tea. They’re too long and boring.”

You see why I equate fantasy books with tea? Now, if you’ve mentioned either of those statements to me, please don’t think I’m putting you down. Many people, even strangers, have told me the same thing. But for me, fantasy books are like tea, because there are so many different varieties—from historical epics to contemporary urban thrillers. Yes, there are books with names that are difficult to pronounce. But Harry Potter, a kid in a fantasy book, has a name that’s easy to pronounce. And Ursula Le Guin has at least two fantasy books under 200 pages in length.

These are older editions. Wizard ends on page 199.

If you don’t like fantasy books, I know I won’t convince you to come to my side of the fence. I’m not here to do that. After all, I don’t like licorice, and wouldn’t want anyone to try to sway me to like it. Instead, I’ll continue to enjoy the rich flavors of the fantasy books that come my way.

A good article on the most popular tea flavors is here.