Lately, I’ve been reading a novel by Timothy Zahn about a Star Wars character—Grand Admiral Thrawn—and how he came to power. 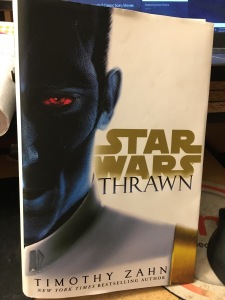 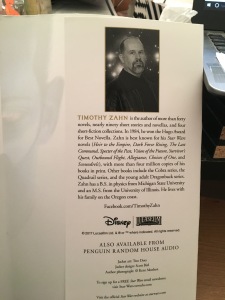 Thrawn’s like Machiavelli and Sun Tzu—known for his ingenuity and military prowess. However, if you side with the rebel characters in season 3 of the animated series, Star Wars: Rebels, you’ll have only one word to describe this guy: villain.

I haven’t read many novels in which the antagonist is the main character. It’s interesting that a number of novels this year feature compelling villains or villains searching for redemption. Charles Yallowitz wrote one. A friend who had read other novels by Zahn encouraged me to read Zahn’s latest. And since I’ve written a novel in which one of the main characters is the primary antagonist, I wanted to see what made Thrawn tick. 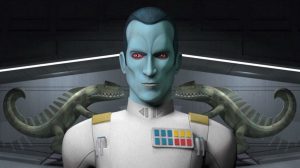 In an interview, which you can read here, Zahn, who created the character, discusses why he made Thrawn so compelling:

Readers like their villains to be a challenge to the heroes because that forces the heroes to bring their best game to the field. The more clever the opponent, and the more difficult the fight, the more satisfying the victory.

I’m down for that! An ingenious antagonist means the stakes will be high, especially when the hero is thwarted at just about every turn.

I’m enjoying the book so far. Thrawn is a fascinating character with a mind like that of a chess grand master. And how nice that this fan favorite is now canon in the Star Wars universe (hence this novel published by Del Rey/Random House).

What brilliant, but controversial characters have you read about (fictional or nonfictional) lately? While you think about that, I’ll move onto the giveaway, which I discuss here, if you missed that post. Thanks to the random number generator, the winner of the $25 Amazon gift card is

Thank you to all who commented. Have a happy and safe Halloween! Are you planning to dress up? What is your costume? 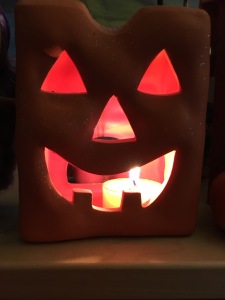 Just to give you a head’s up: I’m postponing my third giveaway until next week. (Sorry. I won’t tell you ahead of time what this giveaway involves. Mwwwhahaha!) Since this post is already long, I’ll post again this weekend to let you know who won the gift card and a preorder of Kate Sparkes’s book, Torn. Now, on with our regularly scheduled broadcast. . . . 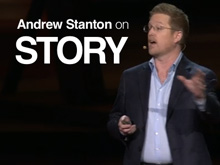 The other day, my friend Sharon told me about a TED Talk by writer/director Andrew Stanton. Since I was familiar with his Pixar movies (Toy Story 1, 2, 3; A Bug’s Life; Monsters Inc., Finding Nemo, WALL-E, and others), I was eager to hear what tips he had for telling great stories. (I didn’t see John Carter, the sci-fi film he co-wrote and directed [2012], though I read A Princess of Mars by Edgar Rice Burroughs.)

The TED Talk in question is below. There is, however, a small amount of graphic language early on. Just want to warn anyone who might be offended.

Because of its rich tapestry of information, this is one of my favorite talks. Here are some of the storytelling tips Stanton mentioned that really resonated with me:

• Make me care.
• Give a promise that your story will take the reader somewhere worthwhile.
• Invoke wonder.
• Capture a truth from your experience.

There were many other points. Because of that inspiring talk, I have decided to host a series of guest posts on the points Stanton discussed. I’m calling this series the Stanton Effect: Inspiration from a TED Talk. I’m excited to have such a stellar line up of bloggers and authors coming to the blog in the next few weeks to share their thoughts. From time to time, however, I will break away from the series with a post or two about a giveaway. But don’t worry. I’ll get right back to the series.

Today, I’m leading off with Stanton’s first point—make me care. It captured my attention, because it is the number one reason why I usually stop reading a book or watching a film—I simply didn’t care enough.

Make me care. In grad school, my advisors told me the same thing over and over and over again: “You have to make me care about this story.” Yet forging a heart connection with a reader is tricky to do. Tricky, but not impossible. Think of the last story you really connected with. We connect when we can relate to a character’s struggles or hopes.

If you watched Stanton’s TED Talk, you saw a scene from Finding Nemo that absolutely tugs at the heartstrings. The scene below is the beginning of that scene.

We connect as we think about the losses in our own lives. Though Stanton made a different point when showing the scene, I can’t help thinking of how the filmmakers caused me to care without making me feel manipulated. 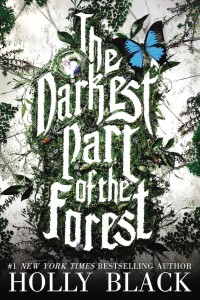 I also think of a book I’ve read twice now: The Darkest Part of the Forest by Holly Black. In the opener, Black describes a glass coffin that is pivotal to the main character’s story. (You learn that fact on the book jacket.)

It rested right on the ground, and in it slept a boy with horns on his head and ears as pointed as knives.

Black made me care, because the unusual image of a boy in a glass coffin stirred my curiosity and reminded me of fairy tales I love. But most of all, I cared because Black showed me what Hazel was interested in right off the bat. I cared, because Hazel cared.

Another way Black made me care is through her obvious concern for her characters—good, bad, or in between. She cared enough to show them at their strongest or most vulnerable without making a judgment call either way. I can’t help contrasting her efforts to the number of times I’ve heard an author admit to disliking a certain character in his/her own book—usually the antagonist. An author’s dislike of his/her character is always a red flag for me. I need to care even about the most morally repugnant individual in a story. If I don’t, I’ll head for the exit quickly.

If you saw the series, Avatar: The Last Airbender, on Nickelodeon, you’re familiar with this dude: 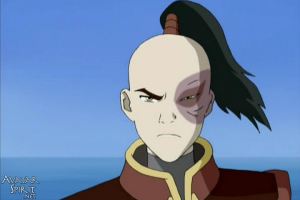 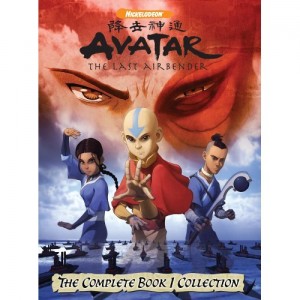 Slight spoilers in this paragraph to follow. (Be warned.) Throughout the first book of the series—Water—Zuko is clearly working against the heroes. Though he has his own agenda, I couldn’t help caring about him, because the writers (including series creators Michael Dante DiMartino and Bryan Konietzko) made him a well-rounded character. They showed the physical and emotional wounds motivating his actions. They also gave him an antagonist. I cared, because they cared.

If we want to make readers care about our work, we need to love our characters. We don’t have to approve of their actions, particularly the bone-headed ones. But we definitely need to understand why they do what they do. Caring about them is what makes a story great.