The “fantastic four” as perhaps you’ve never seen them. They’re willing to fight crime. But I’m not sure how effective they will be at it.

When I asked a friend the other day for advice on my WIP, she reminded me of the rule of three. What’s that? Wikipedia says:

The rule of three or power of three is a writing principle that suggests that things that come in threes are inherently funnier, more satisfying, or more effective than other numbers of things.

Perhaps that accounts for the large volume of trilogies out there. And nursery rhymes, folktales, films, and books like: 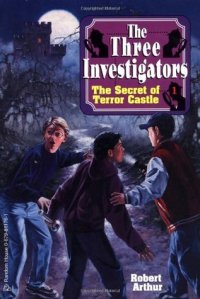 But I think we’ve all been disappointed by a trilogy or two at some point, haven’t we? Maybe the first two books or movies were good. Yet the disappointment we felt at the close of the third—the crucial one—made us wish we’d never started the series in the first place.

Still, I’ve enjoyed stories with the rule of three firmly in place. Aladdin had three wishes. Macbeth consulted three witches. Cerberus had three heads. Three princes set out on a quest to free an enchanted princess.

Um, this does not count as the rule of 3. But it’s fun all the same.

Though I appreciate the rule of three, I’m partial to the number four for a number of reasons. As a kid, I read the Fantastic Four comic books. (Yes, I’m looking forward to the reboot of the movie franchise.) I was born in the fourth month. I enjoyed The Sign of Four by Arthur Conan Doyle. A four-book series of mine was published ages ago. (Now out of print. That’s the downside of publishing, kids. Stay in school. Don’t do drugs.) The character Four (below left) in the Divergent series by Veronica Roth is hot. And though we usually associate three ghosts with Ebenezer Scrooge in A Christmas Carol, he actually talked to four ghosts, if you count Jacob Marley. But Dickens followed the rule of three with the Ghosts of Christmases Past, Present, and Future. 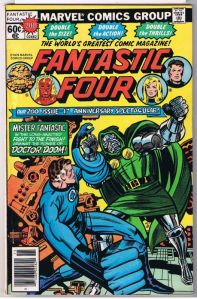 Yet as fantastic as four is, I can’t say I’ve deliberately put four of anything in a book with the view of making it funnier or more satisfactory. I’m hesitant to do so unless I’m certain that what I’ve added is organic to the story, and not just a plot device. Because that’s the thing about rules sometimes, isn’t it? Sometimes, they’re just gimmicks that get in the way. 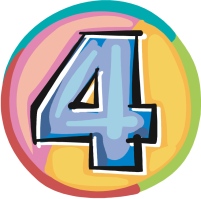 Here’s where I confess that I’m toying with the idea of adding a fourth main character  to a young adult novel I started last year. I had hopes of making it work with three perspectives. The rule of three, you see. Months ago, I put that project down in favor of the one I’m working on now. But a fourth character’s perspective keeps coming to mind, one begging to be explored. Who knows? Four might be the charm.

Do you follow a rule in your writing? If so, how has a writing rule enhanced your story?