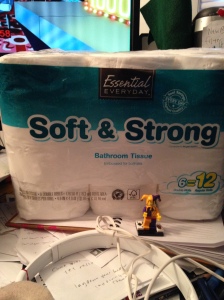 My mom’s got the softness and strength combination down. You probably think the same thing about your mom. My mom’s a hand patter. If you’re miserable, she likes to sit beside you and pat your hand, telling you that everything is going to be okay. But Mom morphs into steel when she goes into battle mode. She’s quick with a handbag upside your head if you decide to break the law. Yes, there is a story attached to that statement, but I won’t go into it now. 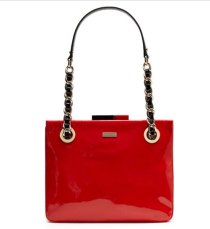 I love the juxtaposition of softness and strength in the males and females who populate various fictional worlds. Yet I have very little interest in heroes or heroines who are only seen in one light—that of strength, whether they are viewed as purely cool, physically powerful, or hilariously snarky. I can’t sympathize with a character who completely lacks a soft side. I can understand if he or she desperately wants to hide the fact that he/she is vulnerable. But the absence of any discernible softness causes me to put a story down.

Even Captain America (played by Chris Evans) has a bit of softness beneath his rock-hard abs. Don’t believe that? If you saw Captain America: The Winter Soldier (2014) [SLIGHT SPOILER], remember the hospital scene when he visits Peggy (who has her own show now on ABC—Agent Carter)? [END SLIGHT SPOILER.] That scene caused even my jaded heart to melt. And I loved the scenes between Cap and Sam Wilson (the Falcon, played by Anthony Mackie), where they talked about their difficult adjustment to civilian life. 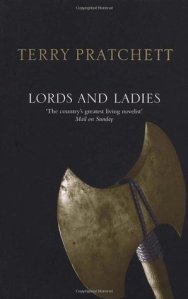 Here’s a great example of softness and strength from Terry Pratchett’s Lords and Ladies. (For the plot, click on the book title.) The narration below shows what a character named Shawn thinks about a witch named Magrat who needs to rescue Shawn from some murderous elves. [SLIGHT SPOILER] Shawn doubts her ability to help until he realizes a fundamental truth:

Shawn later learns that Magrat (who works with Greebo, a vicious cat described as “just a big softy” [269]) was extremely lethal, even as she “daintily” raises the hem of her dress to kick an iron-allergic elf with shoes bearing iron attachments. [END SLIGHT SPOILER.] Good stuff!

Because of the desire to portray heroines in a strong light and not as damsels in distress, sometimes authors (and I’m thinking mostly of myself) fight against bringing out a heroine’s soft side, hoping readers won’t judge their characters as weak. 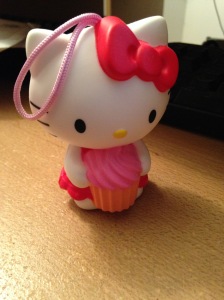 You might get the impression of softness when you see this cupcake. My plans to take over the world, however, might cause you to think something entirely different.

In the first incarnation of my novel, my heroine didn’t seem to have any flaws. She only mildly annoyed some of the secondary characters. Her inability to laugh at herself—to see herself as flawed—was a flaw on my part as the author. I had to start over with her and her story.

The first thing I needed to do was take myself out of the equation. While I hate to be ridiculed or abused, that doesn’t mean I should avoid writing a character’s journey that involves horrible bumps in the road. And while I like to be liked, a character who is liked by everyone isn’t a very compelling character.

One of my VCFA advisors once told me to pay attention to the way secondary characters act toward the main character. While that might seem elementary to you if you’re an experienced storyteller, that advice instigated an epiphany for me. The friction of interactions, often caustic, helped shape the pearl of a better character. Even more interesting, it provided the mixture of softness and strength I find compelling.

In what ways are your characters soft and strong?

Hayley Atwell as Peggy Carter from somewhere on the Internet. Kate Spade handbag from thebusinesshaven.com. Book cover from Goodreads.