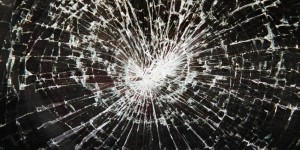 I’m from an era where baseballs broke windows. Lest you wonder when baseballs stopped doing that, let me explain. I was born and raised in Chicago. When I was a kid playing baseball back in the dark ages, during one game, the batter made a line drive that would have been celebrated had it not broken a neighbor’s window. No, I was not the one who was at bat. And yes, I am not lying. I got into enough trouble on my own without having to borrow someone else’s trouble. But I thought about that incident when someone the other day mentioned being from an era where parents made you go outside and play.

My parents didn’t have to make my brothers and I do that. In the summer, we went outside as soon as breakfast was over and didn’t return inside until lunchtime. After lunch, back outside we’d go. In the fall, we went back outside as soon as we threw our book bags inside the house after school. We practically lived outside. Being kids, usually trouble found us in the form of broken windows; forbidden fences climbed (that was me); doorbells rung, followed by fleeing feet (again, me). Dennis the Menace (a character created by Hank Ketcham) has nothing on me. 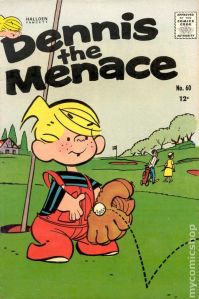 Lest you think, “You hooligans,” we were just average kids. In elementary school, the neighborhood bullies beat you up at 3:15 (after school) or threatened to sic their dogs on you. That was about as dangerous as it got. If you had an older sibling like I did, you might get provoked into a fight once or twice by a bully in your grade who liked living dangerously. But when your older sibling got involved, the bully soon got the message to leave you alone, at least until your older sibling went to middle school or high school. You were on your own then. I got into more fights in middle school than any other grade.

I’m a product of my era and environment. This doesn’t mean I can’t change or that I want to remain in outmoded thought patterns. It just means that the years created a texture within my personality, adding layers that make up who I am. There is an authenticity to this shaping of years.

This is why I usually heave a troubled sigh when I read a book or see TV productions set in a specific historical era but the enlightened attitudes and mode of speech of the characters are purely twenty-first century. Ironically, I loved A Knight’s Tale, starring Heath Ledger, a movie with anachronistic dialogue and songs on purpose. It worked for me, because I understood that purpose.

I’ve heard some showrunners and editors say that people (teens in particular, since that’s the audience I think about the most) today can relate more to vernacular in use today.

Some words are built out of an era. It’s like the layers I mentioned earlier. When an author casually drops them into the dialogue of someone in an era that hasn’t yet produced the factors that would shape that language, I wince every time, despite the presumed accessibility to a modern audience. Take the word subtext, for example. It had a completely different meaning in the 1800s (see this post for why) to what its meaning became in 1950. (See the same post highlighted in the previous sentence.) Yet I have seen this word used in books with the 1950s meaning, but spoken in the dialogue of characters in the Regency period or even earlier. You might think, Oh my goodness, are you nitpicking. And you’re probably right. But I can’t suspend belief that I am in a specific time period and a character is using words and idioms that would only mean something to someone born two hundred years after this character is supposed to have existed, just because people today use them.

I’m just rambling today, sorry. Sometimes my mind goes in a direction and I just go with it. Feel free to put me in my place in the comments below.