Growing up, my brothers were not into cartoons or shows about Barbie or Polly Pocket (whose Alpine set is shown below). They certainly would not have cared about My Little Pony, had those ponies existed back then. 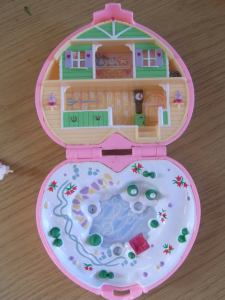 So, since there was only one small TV and I was outnumbered, I got used to watching wrestling matches and any other televised sport, including Roller Derby (remember the Thunderbirds? . . . No?)—and Godzilla and martial arts movies. 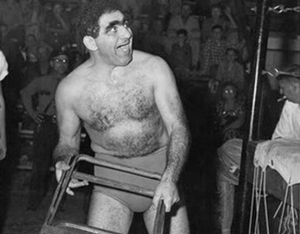 Terri Lynch of the Thunderbirds

And I read DC and Marvel comic books. Oh and Archie too, but I don’t have any of those from childhood. 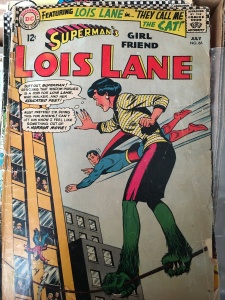 So lately, I’ve wondered what my life would have been like had I grown up with a sister—a fervent wish when I was a kid. My best friend, who lived next door, was like a sister. I just wanted someone (a non-parent) to talk to who understood what it was like to be a girl. She was an only child. So neither of us knew what it was really like to have a sister. When we hung out, we rode our bikes and watched horror films hosted by Svengoolie (a show also known as Screaming Yellow Theater and Son of Svengoolie) and crashed into each other ala the Roller Derby. 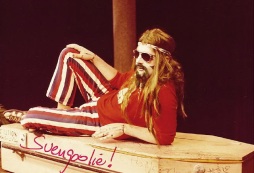 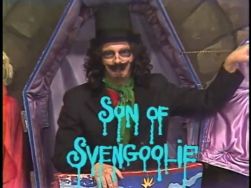 I can’t say those activities are what I imagined growing up as the kind of activities sisters participated in. I always thought sisters did each other’s hair and makeup and wore each other’s clothes, none of which I could do with a brother.

Those of you who grew up with sisters are probably thinking I sound extremely naive about sisters. You’re right. And I know the grass is greener and all that. But now that I think about it, I can’t help pondering over why I thought the activities I mentioned above were the kind of activities sisters did.

I am a product of the times in which I grew up. When I was a kid, the women’s rights movement was just beginning. Certain stereotypes about “the woman’s place” had yet to be challenged. Case in point: back when I was a kid, females in sports were frowned upon. Running and playing baseball in the alley—two things I loved to do—were not seen as “ladylike.” Sadly, I allowed the opinions of others to sway me away from them.

Yet no one could dissuade me from expressing my imagination through writing—though many tried. And as I think about what might have been had I grown up under different circumstances, I realize that those circumstances helped shape the writer I became.

So I have no regrets about the past. (Well, one regret—that I didn’t date that guy who expressed interest on the last day of my senior year in high school.) Though I might have watched a lot more wrestling than I cared to watch, I learned a lot growing up with guys. I learned to always look first before sitting on the toilet seat in the middle of the night while half awake (the lid might be up), to take risks (some of them stupid—I’ve mentioned before about jumping out of windows), how to fight (useful during my middle school years), that insects didn’t have to be feared, that a towel makes a good cape. But mostly, I learned that my brothers always had my back. (Well, most of the time.) I wouldn’t trade them for any mythical sister in the world.

Tia Tigerlily is grateful for her Girls Day outings with Marsha Mellow, despite the fact that Henry always tries to tag along.