It’s raining authors around the blog! Today, the amazing Andrew Murray (or Andy as many of you who know him and follow his blogs, City Jackdaw and Coronets For Ghosts, call him) is here to talk about his latest poetry collection, In Brigantia. (His first was Heading North, which we talked about here.) 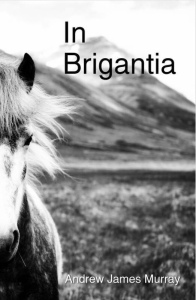 Stick around after the interview to learn about a giveaway of this collection. Now, let’s talk to Andy.

El Space: Four quick facts about yourself?
Andy: Thank you! (1) I’m (at least) the fifth generation of Murray born in Manchester.
(2) My favourite place is Orkney. 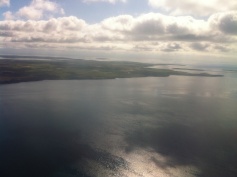 (3) A big Whovian, I once stumbled across a scene being filmed for the Doctor Who 50th Anniversary episode, and was totally unaware of it until it aired on TV.
(4) My dreams begin while I’m still awake.

El Space: Please tell us how you came to choose the theme you chose for In Brigantia.

Andy: The title of the collection takes its name from the opening long poem, ‘Brigantia’ being the territorial name of northern Celtic tribe the Brigantes. Being northern myself, the poems are either set in, or were written in, that same area, though set in the modern day. My writing is often rooted in place.

El Space: How long did it take to complete this collection?
Andy: I never started writing with a collection in mind. I continued to write individual poems following the publication of Heading North in late 2015 and eventually, when I had a considerable number, I began to go through them with an eye on bringing some together in a new book.

Along with the post-2015 poems, there are three older poems also included, one dating back to the September 11th attack, when I received a postcard from a close friend of mine, on that very day, telling me that she was in New York and going to go up one of those towers. It shook my complacency about our friendship. That friend is now my wife.

El Space: Wow! What a great story! What’s your process for writing a poem? How do you know when a poem is “done”?
Andy: I never sit to write a poem; words and lines tend to come to me when I’m out and about doing other things. I take a note of them and they grow from there; it’s quite organic really. Knowing when they are ‘done’ is an instinctive thing, just a feeling I get. As with all writing, I guess, it’s a subjective process. I was sat in a coffee shop watching a guy working the room, trying, unsuccessfully, to chat up the girls who were in there, and straight away I got every single line for ‘Romeo of Lever Street,’ written on the handy notes section of my phone. That also comes in useful for phrases that come to me when on the edge of sleep.

El Space: Amazon’s description of this collection mentions historical royalty like Queen Cartimandua and Hollywood “royalty” like Marilyn Monroe and Tom Cruise. How did these individuals come to be in this collection?

Andy: There’s a story to the Monroe one. I was on a train journey, listening to an audio drama over headphones as we approached the next station. As the train pulled in, the guard announced, “The next station, ladies and gentlemen, is Mytholmroyd.” I really thought, above the story that I was tuned into, that what had been said was “Ladies and gentlemen: Marilyn Monroe!” I pulled my headphones off, “What?!” Looking wildly through the window to see exactly where we were. In my defence, I was also due to have my ears syringed soon at the local surgery, but still-—Monroe! I thought to myself ‘Wouldn’t that have been a sight for a Thursday morning?’ And that’s how ‘Mytholmroyd’ came into being.

As for Cartimandua, she was the queen of the Brigantes tribe. Her name translates as ‘sleek pony,’ and that’s how I came up with the cover image for the book.

El Space: Which poem(s) in the collection had the most difficult birth?
Andy: ‘Hanging On ‘Til Morning.’ With this one I went against my usual writing process, mentioned above, looking to write lyrics instead of waiting for the lyrics to come to me. I say lyrics, because this originally was for a friend who is in a band and had asked for help in coming up with words for a song. I got carried away, imagining all sorts of melodies and chord changes before I came to my senses and reigned myself in. Music is his talent, not mine, so I gave him what I’d written and told him to adapt it however he wanted to fit what he was doing.

El Space: Which poets or other artists inspire you?
Andy: There are many. Different poets speak to different people. I like Kenneth White—he writes about the things that inspire me. Now in his eighties, I mentioned him in the foreword to Heading North and received a letter from him wishing me well upon my own journey, which was wonderful. I also like Werner Aspenström, but need to brush up on my Swedish as there is only a limited amount of his work translated into English. 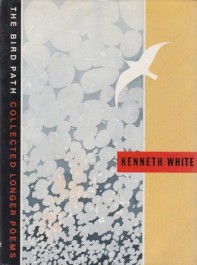 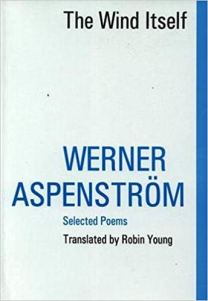 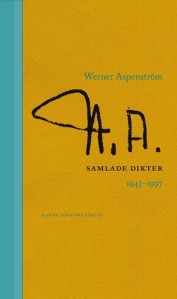 El Space: What will you work on next?
Andy: I will be turning to fiction next. A new publisher has expressed interest in a short story collection, tentatively called The Night Spills In. It’s the kind of stuff I read when growing up—folklore and the supernatural. I was that kind of kid! Beyond that I have the first draft of a contemporary novel, Seasons on the Hill, that I’ve left to breathe for a while, to pick up again. And I will still be writing poetry along the way.

Thank you, Andy, for being my guest!

Looking for Andy? You can find him at his blogs (City Jackdaw and Coronets For Ghosts).

Looking for In Brigantia? You can find it at Amazon. But one of you will get a copy of In Brigantia simply because you commented. Winner to be announced next week sometime!

30 thoughts on “Check This Out: In Brigantia”