Hope you had a happy Easter! ****WARNING: If you wish to avoid reading anything about what critics have said about Batman v. Superman: Dawn of Justice, stop reading right now. You have been warned.****

By now you’ve heard that one of the most anticipated movies of 2016—Batman v. Superman: Dawn of Justice—opened to dismal reviews. It earned a stunning 29% on Rotten Tomatoes. (By comparison Zootopia earned a 99%.)

I was surprised at that score. But what interested me more than the reviews I’ve seen was the reaction of fans in regard to the critics who viewed the film with such disfavor. Even director Zach Snyder and some of the cast reacted to the criticism.

The New York Times addressed the gap between fans and critics in an article by Jonah Bromwich that you can find here. Bromwich proclaims

Critics who have panned the film have been met with fury online, with angry fans sneering at their reviews, their writing and even their motives. 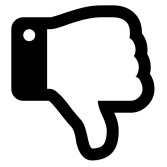 This is not the first time fans and critics have failed to see eye to eye. Undoubtedly, it won’t be the last. While Bromwich’s article mentioned that a critical thumb’s down won’t deter diehard fans (case in point: a teen I know saw the movie and loved it), a steady onslaught of critical reviews can sometimes take a toll. As of the writing of this post, the box office take for the movie had not yet been posted. So who knows? Perhaps the fans will have the last word if the film rakes in a ton of money. (Wired.com has what I think is a fair take on Batman v. Superman and the critical drubbing it received. You can find that here.)

Reactions to any artistic endeavor can be subjective. But when so many people pan a project, thus inspiring another group to pan them for panning said project, I can’t help wondering who decides which elements make a project “good” or “excellent.” Is beauty truly in the eyes of the beholder (the consumer) or in the eyes of the gatekeepers (critics, agents, movie studio executives, publishers—whoever)? Is the gap between consumers and gatekeepers widening?

Many people have written books on what makes a piece of writing “good.” I’m sure you’ve seen some of those. You’re probably thinking of Strunk & White right about now, or Stephen King’s memoir, On Writing. I think of Ursula Le Guin’s Steering the Craft (a personal favorite). As for films, you have only to look at the lists of the “best” films of all time and books like Agee on Film: Criticism and Comment on the Movies to see what many have regarded as “good” films. 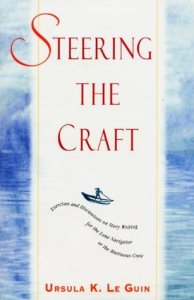 If I’m serious about seeing a film, most of the time there is no critic alive who will deter me from seeing it. In fact, I try to avoid reading reviews until I’ve seen the film. But I’m not always successful in avoiding them; consequently, negative reviews sometimes sway me. With books, however, I often check the reviews (including verbal praise from friends) beforehand. I’ve been burned too many times in the past not to.

I have opinions, yes, about what I consider “good.” Sometimes I judge by the way a book or film made me feel as I read it or viewed it. Many of the books and films I’ve loved over the years haven’t had all of the bells and whistles of a critically acclaimed, National Book award finalist or Academy Award nominee. Yet I found something endearing about them. On the other hand, I’ve loved some extremely well written books (All the Light We Cannot See by Anthony Doerr, for instance) and films.

The jury’s still out on whether or not I’ll see Batman v. Superman: Dawn of Justice. I have to chalk some of my reticence up to my inability to escape some of the negative press. How about you? Have you ever been swayed against seeing a film or reading a book because of a negative review? Do you, like some fans, believe that critics don’t understand what the average person likes? Why or why not?

84 thoughts on “Good by Whose Standards? Exploring the Gap between Critics and Consumers”