A special guest on blog today is the great I. W. Gregorio. She wears many hats, including, surgeon, mom, vice president, and the one we’re here to talk about today: young adult author. Today happens to be the book birthday of her novel, None of the Above, which has been described as “Middlesex meets Mean Girls.” Ilene is represented by Jess Regel of Foundry Literary + Media. 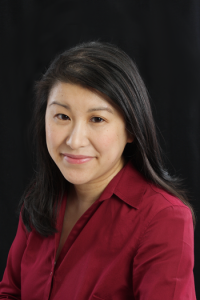 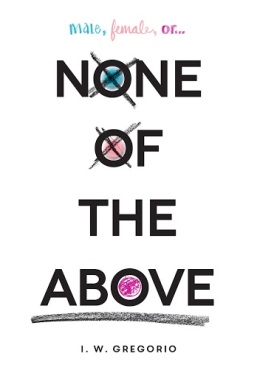 None of the Above was published by Balzer & Bray/HarperTeen. Here’s the synopsis:

When Kristin Lattimer is voted homecoming queen, it seems like another piece of her ideal life has fallen into place. She’s a champion hurdler with a full scholarship to college and she’s madly in love with her boyfriend. In fact, she’s decided that she’s ready to take things to the next level with him.

But Kristin’s first time isn’t the perfect moment she’s planned—something is very wrong. A visit to the doctor reveals the truth: Kristin is intersex, which means that though she outwardly looks like a girl, she has male chromosomes, not to mention boy “parts.”

Dealing with her body is difficult enough, but when her diagnosis is leaked to the whole school, Kristin’s world completely unravels. With everything she thought she knew thrown into question, can she come to terms with her new self?

Incredibly compelling and sensitively told, None of the Above is a thought-provoking novel that explores what it means to be a boy, a girl, or something in between.

El Space: Congrats on your book launch! Four quick facts about yourself?
I. W.: 1. I grew up in Central New York, one of only two Asian Americans in my class.
2. I’m a total foodie: Some people eat to live; I live to eat.
3. My second child was born the day after my debut novel sold.
4. I decided the medical school I went to based on the physician-writers I most admired—Sherwin Nuland and Richard Selzer. 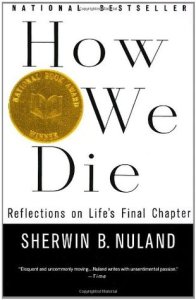 El Space: What inspired you to write a novel described as “Middlesex meets Mean Girls?”
I. W.: I’ve been intrigued by intersex—a biological condition where a child is born with a variation of sex anatomy—since reading Jeffrey Eugenides’ Middlesex. After I began writing YA in during my residency lab year, this idea for a “YA Middlesex” floated around in my brain for about a year until I met a young girl with Androgen Insensitivity Syndrome who inspired None of the Above. After I met her, I couldn’t stop thinking about what it must have been like for her moving forward with her diagnosis. Did she tell her friends? Did she have a boyfriend? How did her diagnosis shape her sense of identity? 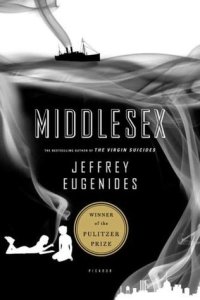 El Space: In a guest post at the Stacked blog, you mentioned that the “gender binary is insidious.” How will this book address that issue?
I. W.: When she discovers that she was born intersex, my main character Kristin has to wrestle with some important questions: What does it mean to be a woman? Does having XY chromosomes mean that people will treat her differently? What does it mean not to have a uterus? So she comes face to face with the assumptions that people make when they realize that she has testes . . . which is problematic of course because people like to slip people into socially constructed boxes labeled M and F, when in reality most personality traits are gender neutral, and very few people fit perfectly into one box. 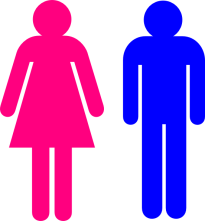 El Space: What was the process of crafting the character of Kristin?
I. W.: I did a lot of research. In addition to reading a bunch of books and first-person accounts, I also interviewed several intersex women and their families.

El Space: In your bio, you’re described as a “recovering ice hockey player.” Could you tell us a little about that and how the gender binary might have impacted you as an athlete?
I. W.: First of all, I must give the caveat that I was a very low-level ice hockey player! I started in college and played at the club level. But I actually loved playing hockey. It surprised people, because I didn’t fit the stereotype of what kind of women people thought played ice hockey. Throughout my life, I’ve noticed that people seem to put me in a box because I’m a smallish Asian woman. They assume that I’m going to be submissive and polite. Telling people that I used to play hockey sometimes does change the way people look at me, which is kind of my way of making binary assumptions work for me.

El Space: You’re also a surgeon. I can see a glimpse of your medical background in this book. But when and why did you start writing young adult fiction?
I. W.: I’ve wanted to be a writer as long as I remember, but took a little detour through medical school. While I did a lot of essay writing in medical school, it wasn’t until my lab year of residency, when someone essentially dared me to write a book by saying that they didn’t think I was “the right personality” to write a book, that I decided to write a novel. I had always wanted to write a book for teens, because that was when I read most voraciously. That was also when I read the books that impacted me most.

El Space: What’s your role in the We Need Diverse Books campaign?
I. W.: I have been with the WNDB campaign since its inception, and right now I serve as VP of Development, meaning that I’ve been working to establish relationships with groups like the American Booksellers Association, School Library Journal, and the SCBWI. I’m also providing oversight for the planning and fundraising for our 2016 Diversity Festival.

El Space: What advice do you have for aspiring writers?
I. W.: Read a lot, and read outside of your comfort zone. Different genres can teach you different things. Find critique partners who will support you, but won’t be afraid to give you criticism.

El Space: What are you working on now?
I. W.: Things have been very busy lately with WNDB and with promotion for None of the Above. But I’m actually working on a picture book now that was inspired by my daughter and musician husband! And I’ve got an idea for a YA contemporary that has been rattling around in my head for a while, with an Asian American protagonist. But I don’t want to say too much about that because I’m sure my plot will change.

Thanks, Ilene, for being my guest!

None of the Above is available here:

One of you will win a copy of None of the Above. Comment below to be entered in the drawing. The winner will be announced on Apil 16.

Curious about the We Need Diverse Books campaign? Check out the WNDB website to find out how you can get involved.

17 thoughts on “Check This Out: None of the Above”