Do you get Brain Pickings? I had to pause after typing that question, since it conjures up differing images, some grosser than others. By Brain Pickings, I mean this newsletter produced by Maria Popova.

An article on André Gide, a French author, inspired this post. I can’t say I’m familiar with Gide’s work, though he won the Nobel Prize in 1947. I learned through the article that was an avid journaler. What struck a chord with me was Gide’s study of “the paradox of sincerity, the difference between being and appearing, and the monumental question of what it really means to be oneself.” 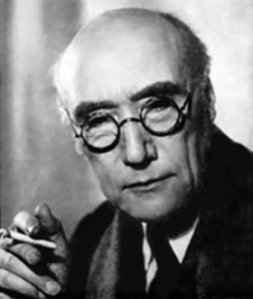 I immediately thought of the word authenticity—keeping it real. Here’s the definition that pops up when you Google sincere.

sin•cere
sinˈsir/
adjective
free from pretense or deceit; proceeding from genuine feelings.
“they offer their sincere thanks to Paul” . . .
• (of a person) saying what they genuinely feel or believe; not dishonest or hypocritical.

I can’t help thinking of reality TV shows that purport to show life as it really happens for some. Sorry. I’m skeptical of the sincerity of many of those shows, since “real life” can be edited to fit a time frame. But how much of “myself” do I present to the public? At home, I might leave dirty socks on the floor. In public I often present the “self” that’s all part of putting my best foot forward. In other words, the “edited” me that tries to fit in to society. Sometimes that means I don’t say what I genuinely feel if hurting someone will result. (Like, “Wow, that tie your wife gave you is hideous.”) 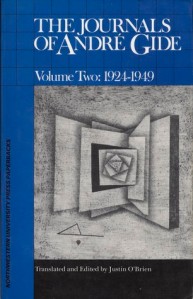 To aid in the discussion of sincerity, Popova used quotes from Gide’s book, The Journals of André Gide. A quote that really stuck out to me was this:

When one has begun to write, the hardest thing is to be sincere. Essential to mull over that idea and to define artistic sincerity.

I mulled that over in regard to my current WIP—a middle grade contemporary fantasy novel. How much of my writing, I wondered, is really sincere or a sincere desire to cater to the ever-shifting market? Is it possible to be both?

I’m reminded of the Twilight craze some years ago and how in 2010 or so I thought to jump on the bandwagon by writing a vampire novel. For the life of me, I can’t remember the name of that story or where it is. Maybe it’s just as well. I couldn’t get past four pages of that manuscript. The main character was a college student watching a vampire movie on television with her best friend whom she secretly liked, but who liked some other girl. Aside from that boring beginning, I had no clue what she wanted (besides that guy) or how I would bring something new to the table in regard to vampires. So I quickly abandoned that story.

Three years ago, one of my grad school advisors suggested that I write a middle grade story. Many authors were turning out middle grade manuscripts and agents were taking notice. I tried to take her advice, but couldn’t come up with a manuscript beyond one involving a character I barely knew and a vague idea I’ve since abandoned. The two pages I wrote felt too much like the Twilight-esque story—me trying to write a story without having a sincere passion for it. I couldn’t go on with it. Instead, I completed the two young adult novels and sent both out on querying rounds to agents. Couldn’t get a nibble on one. The jury’s still out on the second.

While working on a sequel to my second young adult novel, an idea for a middle grade novel came to me that felt sincere. How do I know it is? Because when the main character and her conflict came to mind, I sat down and quickly wrote the first scene without a struggle. I wanted to know more about her and how she would react to conflict. I also had a sense of her family dynamic, which enabled me to write the next scene and the next. Before I knew it, I had written two chapters and enjoyed the process.

I recently searched my computer and found three other attempts at a middle grade novel that went nowhere. I didn’t even remember one of them.

Artistic sincerity means feeling the story bone deep—having a sense of the characters and their quirks—something I lacked with my other attempts. What does sincerity mean for you and your writing? How do you know when you’re being artistically sincere?