Hello! Glad you made it here. Today and tomorrow I’ll be talking to the way fabulous Dana Walrath, another awesome author friend from VCFA. Dana is here to tell us about her young adult novel-in-verse: Like Water on Stone, published November 11 by Delacorte Press/Random House. 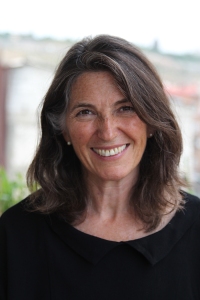 Dana is represented by Ammi-Joan Paquette at Erin Murphy Literary Agency. I’ll announce a giveaway at the end of the interview tomorrow. Intrigued? Stay tuned. Now, let’s get started.

El Space: Four quick facts about yourself?
Dana: Thanks so much for having me here! I started out as a visual artist. Though I was always a voracious reader I never imagined myself a writer until recently. The act of writing a dissertation in anthropology—my attempt at being practical—made me start to think of myself as a writer. I love growing older because these disparate threads have finally become integrated!

El Space: Like Water on Stone seems to be a very personal story for you. What made you decide to tell it now?
Dana: As the granddaughter of survivors of the Armenian genocide, I’ve been sitting on this story for most of my life. I was haunted by my family’s story but confused when teachers in grade school would ask me about Armenians. The realization that my teachers, who were entrusted with educating me, did not know about a genocide in which 1.5 million people died, became my first introduction to the politics of writing history. My Armenian mother responded to this vacuum by marrying an American and raising us to aspire to be blond and to climb the American hierarchy. I responded, in turn by chasing my Armenian identity for much of my life.

I travelled to my grandparents’ homeland, in what is now Eastern Turkey, in 1984; to Soviet Armenia in 1977. I filled my college language requirement with Western Armenian; I made large oil paintings and intaglio prints inspired by the Armenian landscape; I gave my children Armenian first names. When I discovered writing, this story began to come out. Because I tend to work on many things at once, the “now” of when Like Water on Stone was written is quite long.

El Space: How did you decide on the novel-in-verse approach?
Dana: Considering that I had spent most of my life poetry-phobic due to my own inability to “interpret” poetry adequately, writing in verse wasn’t so much a decision I made. Instead the story decided its own form, appearing in fragments with line breaks. I never put two and two together about poetry, the rhythms of language, and my love for picture books until I started to write. Along the way I fell in love with this fascinating hybrid form through books like Karen Hesse’s Out of the Dust and Witness; Virginia Euwer Wolff’s Make Lemonade; and Margarita Engle’s The Surrender Tree and The Poet Slave of Cuba. This let me trust the voice of Like Water on Stone as the fragments grew in verse form.

Looking back, I’ve come to realize that the subject matter dictated the form. The brutality of genocide, the heaps of emaciated bodies, walking dead, rape make us all turn away. Just as I could only let fragments in, I did not want readers to turn away. I wanted them to have the white space to feel and process this experience. I wanted readers to know that people can turn their pain into hope and can emerge ready to reach and touch others. On a personal level, I was also reaching back across cultural and temporal divides to connect with my ancestors. Free verse gave me a way to both transcend and embody that connection. Today I love both reading and writing poetry, though my other fiction, picture books excepted, is written in prose form.

El Space: What was the most challenging aspect of working on this book? How long was the process from start to finish, including research?
Dana: I found the various characters’ voices and the verse form of this book long before I found a true nuanced story line. As a survival journey I already had that basic outline of a story, but had to figure out how to create the details of the flight and character’s inner journeys so that the three siblings survived not just alive but whole. From the earliest fragments to publication it took about a decade for me to write this story with two beautiful years getting an MFA at Vermont College of Fine Arts about halfway along the journey. I worked on this story along with a host of other projects while there, but did not have this story in submittable from until two years after graduation. During that time, the magical realism and the omniscient narrator, Ardziv the eagle, appeared. Once this happened, everything fell into place. I went from having a dozen or so distinct narrators to the four that remain. Ardziv and his magic kept me safe as I dug deeper into the story.

In terms of research, I would have to say that my entire life was part of researching this story. For example, when I travelled in Western Armenia—now Eastern Turkey—in 1984, I had no idea that I was doing research for a novel. I just wanted to walk the same earth that my grandparents had. I kept my identity hidden and was welcomed as part of a young American couple into people’s homes with the hospitality characteristic of the region. People fed us foods that I had known my entire life and said, “I bet you have never tasted anything like this before.” Anti-Armenian stories kept me cautious until I got to Palu, the place where my grandmother’s family had run a mill. We visited the crumbling defaced church set high on a hillside. In Turkish we asked people about whether there were any mills nearby, and were directed across the eastern branch of the Euphrates River and up into the woods. There, the lady of the house served us tea on the roof, mounds of apricots drying in the sun beside us. When I asked about the history of the mill, she told me that this mill had been her family for 60 years, but before that, it had belonged to Armenians. For a moment, as we held each other’s gaze, the official Turkish policy of genocide denial evaporated. I do not know whether this was my own family’s mill, but the mill became the setting for the book.

I’m afraid we’re going to have to stop here for today. But stop by tomorrow for more of this interview with Dana Walrath and to learn of the giveaway.

Can’t wait until tomorrow to catch more of Dana? You can watch her give this TED Talk now. 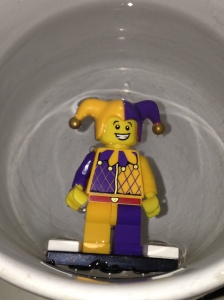 Jordie thought that being in water was a way to celebrate the title of Dana’s book. Perhaps he believed he would sink like a stone. Sigh. Forgive him. He gets a little confused, but he has good intentions.